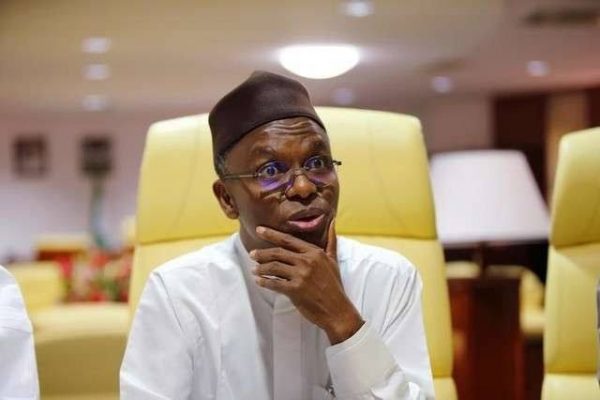 Governor Nasir El-Rufai of Kaduna State has described the Nigeria Labour Congress’ demonstration as one akin to banditry.

The governor in a statement today, May 18, said: “KDSG (Kaduna State Government) views NLC actions as the mob equivalent of bandits that are kidnapping and menacing our citizens. “Bandits illegally use arms, but the NLC’s mob action is for similar ends: to hold hostage freedoms, economic interests, livelihoods and resources of the people of Kaduna State.

“Efforts to dress up criminal activity as industrial action do not change the reality of lawbreaking that has unfolded, including their persistently ignoring the prohibition against impeding essential services.

“Also, KDSG cannot ignore the illegal pressures brought to disrupt the operations of banks and other private business whose staff and customers do not have any industrial dispute with the state or any other government.”

Kaduna State has been grounded in the last 48 hours as aviation workers, bank workers, rail workers, electricity workers, health workers, teachers, amongst others, down tools in protest against the sacking of some local government workers by the El-Rufai-led government.