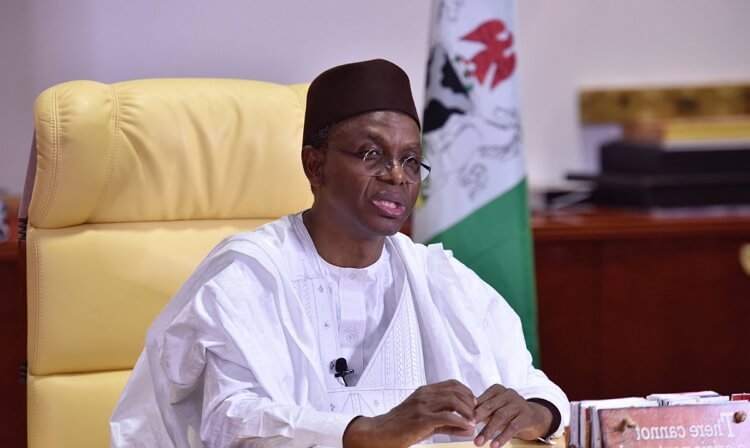 Governor Nasiru Ahmed el-Rufai of Kaduna state has imposed a 24 hour curfew on the state following the escalation of communal conflict that has claimed many lives and resulted in the loss of property worth millions of naira.

A tweet from official and verified Twitter Handle of Governor of Kaduna State, Mallam Nasir Elrufai @govkaduna said: “this is a notice of a 24-hour curfew imposed on Kaduna town and environs, with immediate effect.
Residents are advised to comply by this directive.

“The decision has been taken in the best interest of the state.”

This was even as the Inspector General of Police, Ibrahim Idris has announced the deployment of top police officers to the affected areas even as he said that 22 suspects who were directly involved in the conflict have been arrested and being detained.

The statement said that the IGP is concerned with the unfortunate attack and killings of Fifty-Five innocent people, mayhem and the resultant disturbance of public peace that occurred in Kasuwar Magani, Kajuru, Kaduna State on the 18th of October, 2018 which also resulted in destruction of property worth Millions of Naira.

It said that operations to put an end to this crisis have been designed to cover the entire Kasuwar Magani and environs, and other flash/trouble spots in Kaduna State.

“The Police Special Intervention Forces will be working in synergy with the Kaduna State Police Command to ensure that total peace and normalcy are restored and sustained in Kasuwar Magani and environs.

“To achieve success in the operations, the Force will be proactive and strict in the enforcement of its mandates, Police standard operations procedures and rules of engagement. The Force will ensure the full enforcement of the curfew imposed on Kasuwar Magani and environs by the Kaduna State Government. The personnel of the Police special Intervention Force will carry out twenty four (24) hours surveillance and patrol, stop and search; continuous raids of identified criminal hideouts and black spots, with a view to arrest promptly trouble makers, their sponsors and nip in the bud any further attempt to cause violence and other criminality in the area. The deployment of the personnel will equally cover communities, towns, villages, vulnerable points, Government and private infrastructures and facilities in Kasuwar Magani, Kajuru Local Government Area and environs.

“Traditional rulers, religious leaders, public office holders, politicians, opinion leaders, parents and guardians are hereby called upon to prevail on their subjects, supporters, children and wards to support the personnel of the Police Special Intervention Force in the discharge of their responsibilities, and propagate peace, demonstrate love, and tolerance to promote harmonious coexistence with their fellow citizens, irrespective of religious, ethnic inclinations and differences.”