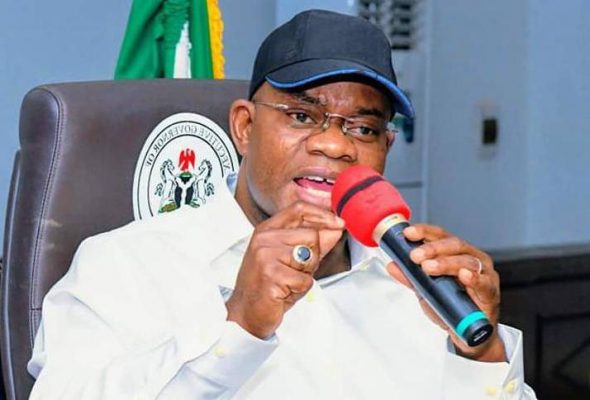 Governor Yahaya Bello of Kogi State has said that he has been following the footsteps of President Muhammadu Buhari in governance, especially the infrastructural development and security as the major parts of his government activities.

Governor Yahaya Bello, who spoke to news men today, January 13 shortly after visiting President Buhari at the Presidential villa, Abuja, to thank him for coming to his Kogi State to commission some legacy projects on December 29, 2022, said that he deliberately decided to follow the footsteps of the President because he believed that infrastructural development, in particular, would outlive him after leaving office for a long time.

“You know, when Mr. President assumed office, he quickly hit the ground running in terms of infrastructure, in terms of fighting insecurity, in terms of delivering good governance to the people.

“By the special grace of God, when I came on board, I have no any other thing to do than to emulate him and to make sure that infrastructure is provided for the people.

“Once there is infrastructure, businesses will run. People will mind their businesses without necessarily waiting for government.

He expressed gratitude to President Buhari for coming to his State to commission some of his legacy projects, saying: “he came, he saw and he believe exactly how we’ve been able to utilize the meager resources in terms of envelope and the little we have been able to generate as IGR (Internally Generated Revenue) within the state, the utilization in terms of the project, and a legacy project that’s going to touch the life of the citizens decades, if not centuries to come.

“Mr. President was so happy, and so pleased. So it is a follow up visit that I come today to thank Mr. President, and to present an album of some of the projects he commissioned.

“And by the special grace of God, we’re going to catalogue all of the projects and achievements within the life of this administration, and present it to him and to the whole world to see.

“Mr. President was so happy, and he appreciates me, he appreciates the good people of Kogi state for giving us support and for coming out enmass to welcome him and for the warm reception.”