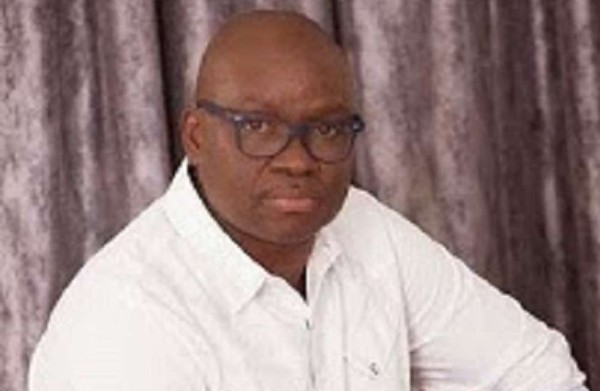 Younger brother of Governor Ayo Fayose of Ekiti state in the person of Isaac Fayose has launched a verbal attack on the governor, describing him as a shame to the family.
The grouse of Mr. Isaac Fayose, a businessman, who owns Alibi Lounge in Lekki, Lagos was the failure of the governor to place newspaper advertisement in honour of their late sister, Bimpe Sorinou and a prayer session.
Isaac expressed disgust with his elder brother for making what he call a scathing broadcast which he posted on a social media forum while he refused to honour late Bimpe Sorinolu with newspaper advertorials and a prayer session, on the occasion of her second year memorial.
“Governor Fayose can rush to the media houses to place front page adverts of death wish for (General Muhammadu) Buhari (the Presidential candidate of All Progressives Congress (APC), but cannot remember to place a quarter page adverts in remembrance of his sister, Bimpe Sorinolu who died of cancer exactly two years ago today. Shame!”