Home NEWS Group Asks EndSARS Protesters: What Else Do You Want? 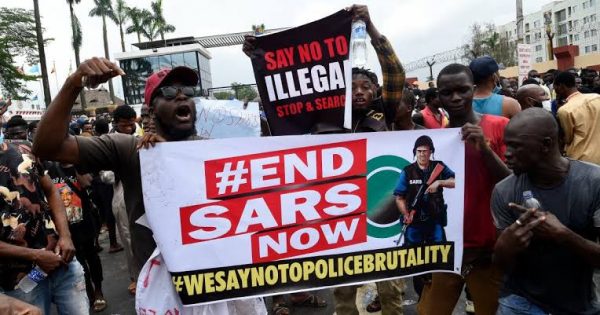 A group, the Buhari Media Organization (BMO) has asked those who are still protesting against the Special Armed Robbery Squad (SARS) in some parts of the country, what else do they want after it had been disbanded.

In a statement by its Chairman, Niyi Akinsiju and Secretary, Cassidy Madueke, the group said that the Police Force had followed up the disbandment by ordering all SARS operatives to the Force Headquarters in Abuja for medical and psychological evaluation.
“President Buhari has shown again that he leads an administration that listens, with the dissolution of SARS in line with the original demand of the EndSARS protesters.
“We also acknowledge that when the protest movement came up with additional demands, including the investigation of human rights violation by SARS operatives, the Presidential Panel on Police reforms granted their request and gave the National Human Rights Commission (NHRC) one week to set up an independent panel to call for memoranda from members of the public whose rights may have been violated by the defunct SARS and other segments of the Police.
“It is necessary to add that the Police have also been holding stakeholders meetings with civil society groups as part of a confidence-building measure to show their seriousness on disbanding the unit, this time after previous efforts failed.”
The BMO said that it was after these meetings that a decision was taken to establish the Special Weapons and Tactics (SWAT) team to replace SARS
“It is a fact that the dissolution of the unit was bound to create a gap in the Police operational plans against armed robbery and violent crime, especially as there have been reported incidents in various states in the last few days.
“But we are surprised to see protesters kicking against the introduction of a new police unit to replace the defunct squad, immediately after the announcement by Inspector General Mohammed Adamu.
“We consider it worrisome that many of them chose to ignore the part of the announcement on prospective members of the new team undergoing psychological and medical examination to ascertain their fitness and eligibility for the new assignment. This is aside from training at the different Police tactical training institutions nationwide.
“It is against this background that we see the continuation of the protests as a call to anarchy which no country will tolerate, especially because there is no basis to demand an end to a plan that is meant to establish a modern, tactical police team that is in line with global best practices.
“The protests have outlived their usefulness and we urge young people on the streets to sit back and see how their cries for reform would be implemented”.
The group insisted that President Buhari is serious about his plans to put in place a Police Force that all Nigerians would be proud of.

See also:  Anambra CAN Boss Complains: Gov Obiano Against Me Because I’m Not Anglican