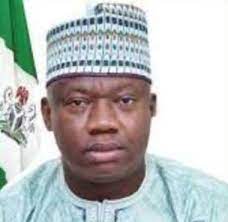 A sociocultural Non-Governmental Organization, De Noble Club 10, Kogi Central, has advised the Governor of Kogi State, Alhaji Yahaya Bello to maintain the tempo of security and peace he has already established by not allowing distraction in whatever form.

The Club, in a statement by its President, Alhaji Abdulrazaq Onivehu  Leramoh further advised the Governor to consider the peace, security and stability of the community above other matters in his actions.

The Club was reacting to a letter of query issued to the Ohinoyi of Ebiraland by the State Government for not coming out to receive President Muhammadu Buhari to Okene to commission some legacy projects of  Governor Yahaya Bello.

The Club President said that the situation in the country, particularly now that campaigns are hotting up toward the February/March general elections, calls for caution and vigilance by all stakeholders.

“We understand the feelings of His Excellency, Governor Yahaya Bello, but appeal that he avoids anything that may truncate the peace and security which he has painstakingly established and for which he has been getting applause across the country and beyond.

“It is not about who is wrong but what should be done to maintain the stability of our community.

“We appeal to the Governor and the Royal father to resolve the misunderstanding within themselves amicably, which we believe will even earn the two leaders great respect from the people of the state.

“We appeal to the Governor and the Ohinoyi of Ebiraland to remember the saying: you may know when the trouble starts but cannot predict how and when it would end.”

The Club drew the attention of all the parties involved to miscreants that are likely to hide under the rift to launch mayhem on the relatively peaceful Ebira land and even the State as a whole.