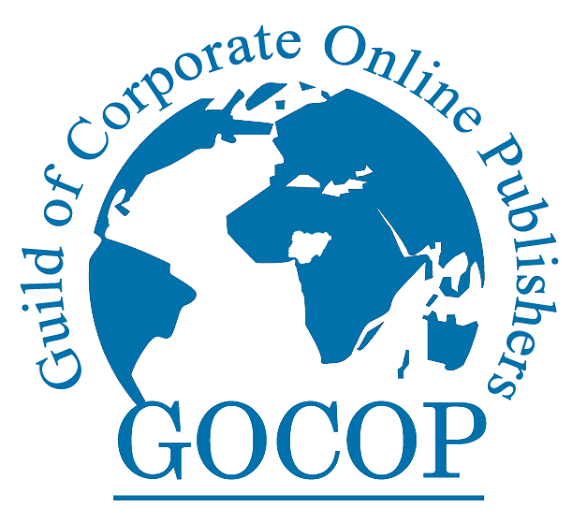 Guild of Corporate Online Publishers (GOCOP) rose from its sixth Annual Conference at the weekend, resolving to eliminate fake news and promote professionalism amongst members.

A communiqué emanating from the Conference today, October 11, signed by the chairman of the Conference organizing committee , Ken Ugbechie and the secretary, OlumideIyanda said that     GOCOP should “strive to eliminate the scourge of fake news, uphold professionalism within the Guild and pursue the growth and development of online media in the country.”

The body also promised that members would cover the electoral process professionally by sticking to the ethics of journalism in election reporting, namely fairness, objectivity and balance.

It also said that members would collaborate with the Independent National Electoral Commission (INEC), political parties, security agencies, Civil Society Organisations (CSOs), labour unions, and other relevant stakeholders to ensure that the conduct of the 2023 general elections satisfies the letter and spirit of the Electoral Act.

It stressed the need for the formulation and implementation of policies and interventions to support online publishers to keep them commercially viable and competitive in terms of quality reportage.

It noted with concern that political environment is already fouled up and cautioned political parties and politicians to eschew bitter and divisive politics by ensuring that their campaigns are devoid of foul and vulgar abuses.

It noted the incremental and consistent deployment of appropriate technology by INEC to further the cause of achieving credible elections from cleaning of voter register to actual voting, tallying and transmission of election results.

Other resolutions are  that it: Commends the introduction and use of Bimodal Voter Accreditation System (BVAS) and the INEC Result Viewing Portal (IReV) portal which ensures polling unit results are uploaded to the portal in real-time.

“Urges all political parties and their candidates to abide by the tenets of the Peace Accord agreement which they signed as well as ensure that the spirit of the agreement are respected by the political actors.

“Cautions that no party or individual or both should use the power of incumbency to the disadvantage of other political parties or candidates during the electioneering process and the election proper.

“Notes the critical roles of the media in election management, urging GOCOP to come out very strongly against fake news, mischief reporting and other acts capable of undermining the credibility of the forthcoming elections.

“Urges INEC to pay attention to peaceful campaign devoid of abusive, intemperate and slanderous language as well as the use of innuendoes or insinuations likely to provoke a counter-reaction resulting in the breach of the peace.

“Categorises roles of the Police in elections into three – before, during and post-election period- and urges professionalism among the security personnel during elections.

“Notes that all political parties are involved in election manipulations especially in their areas of strength and urges internal vigilance among the electorate.

“Condemns inadequate security manpower for deployment during the elections since almost half of the security personnel in the country have been given out as orderlies to non-state actors.

“Urges media to embrace institutional synergy with the Civil Society Organisations and security personnel to avoid cases of conflict among these categories of stakeholders.

“Laments the present situation where electoral offenders walk away freely without arrest and even when arrested, are not prosecuted.

“Urges the Federal Government to establish Electoral Offences Tribunal for faster and unencumbered adjudication of electoral offences and offenders.

“Regrets that we are at the bottom of where we are supposed to be as a nation but notes that the 2023 election offers Nigerians the opportunity to choose leaders they can be proud of and correct every mistake made in the past.

“Applauds INEC for the courage to push for the passage of the Electoral Bill and President Muhammadu Buhari for accenting the Bill into an Act of Parliament which will enhance credibility of the 2023 elections.

“Lauds INEC for the use of technology, and hopes INEC can continue to fine-tune technology to a point that we may have no need to use ballot papers in the future.

“Enjoins INEC to find a way of easing the process of collection of Permanent Voter Cards, PVCs.

“Notes that for the first time in the history of Nigeria, we’re going to have an INEC Chairman that will be conducting two consecutive elections which is a sign of stability within the system.

“Urges politicians to behave well and show civility by accepting that elections are bound to produce winners and losers and that there’s the need to accept defeat and victory at the end of the exercise.

“Commends the role of GOCOP in checkmating quackery in online journalism.”

The theme for this year’s Conference which was held on October 6 in Lagos, was: “2023 Elections: Managing the Process for Credible Outcome.”

Among those who spoke on the theme is the chairman of INEC, Professor Mahmoud Yakubu, a former Inspector General of Police, Dr. Solomon Arase and Regional Director, Ford Foundation (West Africa), Dr. Chichi Aniagolu-Okoye.