Home NEWS Head Of Service Angry With 426 Federal Servants That Were Transfered But... 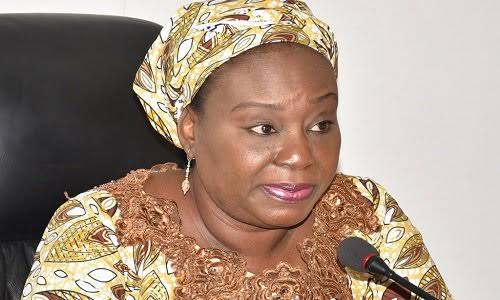 Head of Civil Service of the Federation, Dr. Folasade Yemi-Esan is not happy with 426 federal civil servants who were transfered in September this year to various departments of the government but have since refused to report at such departments till date.
Dr. Folasade, in a memo, threatened to sack such recalcitrant civil servants or force them into early retirement if by November 17, they do not retract their rejection of official postings.
In the circular -HCSF/CMO/ EM/ AOD/001/S.2/103, through the Permanent Secretary of the Career Management Office, Marcus Ogunbiyi and addressed to all permanent secretaries and directors, the Head of Service requested that the list of the affected workers should be submitted to her.
In the circular, she gave all officers who have not reported up to Wednesday, to do so and present their documents in their posted MDAs.
She warned that failure to comply amounted to a violation of extant rules which shall be dealt with in accordance with the provisions of PSR 030301(b).
The provisions of PSR 030301(b) consider a refusal to proceed on transfer or to accept posting as misconduct which is inimical to the image of the service and which can be investigated and if proved can also lead to termination and retirement.
Part of the memo reads: “Recall that the office of the head of the civil service of the Federation, via the circular no, HCSF/CMO/EM/AOD/001/S.2/103, dated September, 29, 2021, redeployed pool officers from GL 05 to 09 to various MDAs.
“Returns on the level of compliance indicated that a substantial number of the officers has not reported in their respective new posts. Available statistics indicate that the majority of such officers may be working from home in compliance with the earlier circular on the preventive measures against COVID-19.
“Notwithstanding, such officers are expected to document in their new MDAs while they continue working at home or as may be directed by their permanent secretaries.
“Accordingly, all officers in this category or any others who have not reported are given up to Wednesday, 17th November, 2021 to report and document in their MDAs. Failure to do so is tantamount to violation of extant rules which shall be dealt with in accordance with the provisions of PSR 030301(b).”
Dr. Yemi-Esan had on September 21, redeployed the workers to the new MDAs via a circular issued on her behalf by the Director, Employee Mobility of the Office of the Head of Service, O.T. Olusola-Dada.
Source: THISDAY.