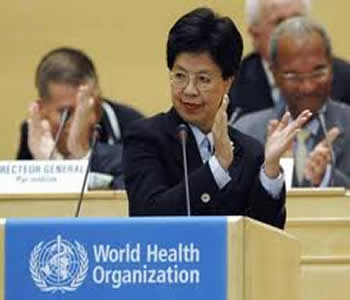 World Health Organization (WHO) has warned that no fewer than one billion young people across the world stand the risk of damaging their hearing or becoming deaf as a result of listening to music in high volume.

The WHO estimates today that about half of those between the ages of 12 and 35 in middle- and high-income countries are at risk due to unsafe levels of sound on personal audio devices or smartphones.

Another 40 percent are at risk from damaging audio levels at concert venues and night clubs.

“More and more young people are exposed to unsafe levels of sounds. Young people should be aware that once you lose your hearing, it won’t come back,” said Shelley Chadha, a WHO specialist on hearing impairment.

The UN health agency considers a volume above 85 decibels for eight hours or 100 decibels for 15 minutes as unsafe.

Exposure to traffic noise at peak hours can reach 85 decibels.

The vuvuzela, a popular wind instrument used in stadiums during the football World Cup in South Africa in 2010, has a sound intensity of 120 decibels and over nine seconds of exposure could result in irreversible hearing damage.

“It is something we can live without,” Chadha said referring to the vuvuzela.

To counter the risks, the WHO recommends that personal audio devices should not be used for more than an hour a day, at reduced sound levels.

The use of ear plugs in loud conditions and regular check ups were part of the recommendations as well.

The WHO also wants governments to play a role by imposing strict regulations on noise in public places.

The UN agency estimates that 360 million people suffer from hearing loss worldwide. In addition to noise related causes and ageing, it is also brought on by infectious diseases, genetic conditions, complications at birth, and use of certain drugs. [myad]