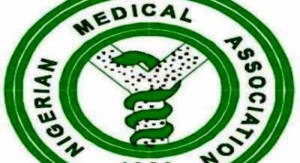 Nigeria medical doctors under the umbrella of Nigeria Medical Association (NMA) began a nationwide strike on Monday because the government has failed to meet their demands as follows:

1. The post of Deputy Chairman Medical Advisory Committee (DCMAC) has been circularised and operational. Rather than abolish it, the NMA hereby demands that four (4) DCMACs for teaching hospitals and three (3) for the Federal Medical Centres be appointed forthwith to assist the CMACs whose statutory responsibilities are too heavy for any single individual to handle. Directors in other government agencies are supported by several Deputy Directors, why not the CMAC who is also a Director? Such a DCMAC must have same qualifications as the CMAC.

2. The NMA is opposed to the appointment of Directors in the Hospitals. This position distorts the chain of command in the hospital, induces anarchy and exposes the patient to conflicting treatment and management directives with attendant negative consequences.

3. The NMA demands that grade level 12 (CONMESS 2) in the health sector MUST be SKIPPED for medical doctors. Consequently no medical/dental practitioners should be on that grade level anymore.

4. The title “CONSULTANT” in a hospital setting describes the relationship between the Specialist Medical Doctor and his patient. It will be a source of confusion if the title is applied to any other health worker who statutorily does not own patient. NMA, therefore, declares with unmitigated emphasis that if “non-doctor consultants” are appointed, it will lead to chaos and anarchy in the health sector. This should not happen.

5. Relativity in health sector is sacrosanct. The NMA hereby demands for immediate implementation of the January 3rd, 2014 circular. The NMA also demands the immediate payment of the arrears of the corrected relativity for 22 years during which her members were short changed.

Much as we are not against salary increase for any category of workers, either in health or elsewhere, the NMA demands for immediate adjustment of the doctors’ salary to maintain the relativity as agreed and documented once CONHESS is adjusted.

6. That Government should expedite the passage of the National Health Bill (NHB), and extend Universal Health Coverage to cover 100% of Nigerians and not 30% as currently prescribed by National Health Insurance Scheme (NHIS).

7. Surgeon General of the Federation MUST be appointed with immediate effect.

8. The entry point of the House Officer should be corrected to CONMESS 1 step 4 as originally contained in MSS/MSSS while the Registrar/Medical Officer is moved to CONMESS 3 step 3.

9. Clinical duty allowance for Honorary Consultants should be increased by 90% of CONMESS

10. Adjust the specialist allowance as contained in the 2009 collective bargaining agreement. Additionally, ALL doctors on CONMESS 3 and above MUST be paid specialist allowance or its equivalent that is not less than 50% higher than what is paid to other health workers.

12. Immediate release of the circular on rural posting, teaching and other allowances which MUST include house officers.

13. Immediate withdrawal of the CBN circular authorizing the Medical Laboratory Science Council of Nigeria (MLSCN) to approve licenses for the importation of In-Vitro Diagnostics (IVDs).

14. Immediate Release of Circular on retirement age for Medical Doctors as agreed with the Federal Government (FG)

15. The Federal Government through the Federal Ministry of Health should formalise and implement the report of the interagency committee on residency training as well as release the uniform template on appointment of Resident Doctors in line with earlier agreements. Moreover, a concrete Funding framework for residency training must be established. The Overseas clinical attachment must be fully restored and properly funded in the interest of the nation.

16. That in the interest of harmony in Federal Medical Centre, Owerri the government should pay the salaries of our members in the centre as agreed on 21st October, 2013.

17. Immediate concrete steps must be put in place for the reintegration of our members back into the IPPIS platform.

18. All attempts to coerce house officers not to join NARD must stop.

19. The orchestrated intimidation, harassment and physical assault of our members in departments of Pathology (Laboratory Medicine) by Laboratory Scientists which is being tolerated by the Federal Ministry of Health (FMOH) must stop.

20. The Endless circle of incomplete salary payment to our members in many hospitals in the name of shortfalls in personnel cost must stop.

21. Universal applicability of all establishment circulars on the remuneration and conditions of service for doctors at all levels of Government must be guaranteed.

22. Government should as a matter of urgency set up a health trust fund that will enhance the upgrading of all hospitals in Nigeria.

23. The position of Chief Medical Director/Medical Director must continue to be occupied by a Medical Doctor as contained in the Act establishing the tertiary Hospitals. This position remains sacrosanct and untouchable.

24. The NMA henceforth shall not accept the continued violation of any of the terms of the 2009 Collective Bargaining Agreement. This is exemplified by the payment of Medical Physicists and Optometrists with OD (who are on CONHESS) call duty allowance using the CONMESS Circular. Similarly, the phrase “Ministries, Departments and Agencies” (MDA) in the said agreement should replace “Federal Ministry of Health and other Federal Health Institutions” as contained in the 2009 CONMESS Circular. [myad]