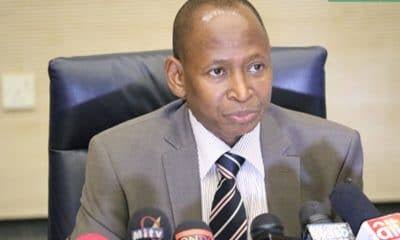 The Accountant General of the Federation (AGF), Ahmed Idris, has moved to halt health workers in the Federal Capital Territory (FCT) from embarking on indefinite strike over delay in payment of their salaries.

Ahmed Idris, who met with Joint Health Sector Unions (JOHESU) in the FCT today, May 20, gave assurance that their outstanding salaries will be paid on May 22. The meeting was held in Abuja at the behest of the Speaker of the House of Representatives, Femi Gbajabiamila.

The Accountant General blamed the delay in the payment of the salaries on technical challenges associated with the Federal Government’s Integrated Payroll and Personnel Information System (IPPIS) policy.

He also blamed the delay on incomplete information by some workers and laxity on the part of the consultant who had been fired.

Ahmed Idris said that all the issues had been resolved and the workers would be paid their salaries on or before May 22.

See also:  I Have Given Security Forces Full Freedom To Deal With Terrorists – President Buhari

I Will Motivate Abuja Workers, Minister Declares, On May Day