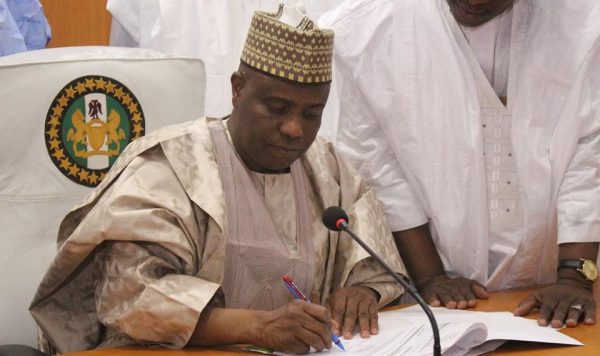 Sokoto State Government is set to recall back to service, all the doctors and health workers who retired from service, to boost the battle against the spread of coronavirus which made its first entry into the state early this week.

The state governor, Aminu Tambuwal, in a statement by his Special Adviser Media and Publicity, Malam Muhammad Bello, directed the state ministry of health to recall and reinstate all retired indigenous medical doctors and health practitioners on the scale on which they left the state employ in order to enhance healthcare delivery.

He also instructed the Chief Judge of the state to look into the possibility of medical doctors staying in service longer than the period statutorily stipulated for them now.

Another measure the governor has taken to fight the spread of the virus, according to the statement, is signing a law prohibiting preaching and public gathering during the ongoing Muslim Ramadan Fasting. The new law replaces the Sokoto State Infectious Diseases, Immunization, Quarantine and Isolation Regulations 2020.

“This would henceforth regulate all activities thereto and stipulate punishment and penalties for offenders.

“The law was directed at the suspension of Tafsir, Tarawih and Tuhajjud in congregational forms during the fasting period.

“However the action was taken following the state government’s adoption of the position of the Sultan of Sokoto-led National Supreme Council of Islamic Affairs (NSCIA) and the Jama’atul Nasril Islam (JNI), both of which had agreed to suspend such activities.”

The governor said that the state government has provided an alternative for the Ulama who normally preach at this time to have their sessions recorded via internet and sponsored for airing on radio and television stations across the state.

“Also, in consultation with the state Chief Judge and Chairman of the COVID-19 task force, I wish to use this medium to announce the formal extension of the ban on inter-state movements by another two weeks effective from midnight Friday, April 24, 2020.”

Coronavirus: US Extends Lockdown To May 15, UK By 3 Weeks