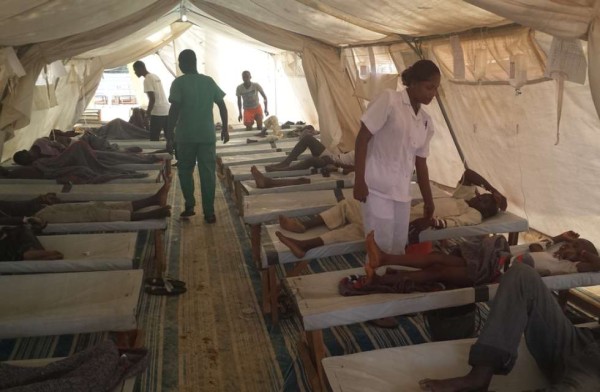 Cholera outbreak has hit Ebonyi state in South East Nigeria, resulting into the death of no fewer than three persons. This brings the number of death to 28 since the outbreak in the state since February this year.

The latest deaths were recorded in Ndiogbu Ndieze village in Izzi Local Government Area of the state, while 17 are hospitalized.

Those hospitalised are currently receiving treatment in Sudan United Mission Hospital and Iboko General Hospital in the local government.

The State Epidemiologist, Dr.Francis Onwe, and other officials of the state Ministry of Health, who visited the area today, distributed drugs including ORS, sanitizers, chlorine for water disinfection to the residents to control the epidemic.

Director of Public Health and Disease Control in the state, Dr. Christian Achi, had confirmed more deaths in Ikwo community, Ikwo Local Government Area of the state as a result of fresh outbreak of the disease in the area.

A stakeholder of Ndiogbu Ndieze village, Chief Austin Igwe Edeze, whose younger brother was among those that died following the outbreak, said that people who attended burial of a resident of the area came back and started vomiting and defecating uncontrollably.

“Nobody suspected that cholera was responsible for the frequent vomiting and defecation by the people that attended the burial ceremony.

“So before we noticed it was cholera, it was already late, as he was vomiting and stooling. We took him to the hospital and he died early in the morning. ‘We raised alarm to the Ministry of Health and the officials advised that we should quickly bury him to avoid the disease spreading to other people around which we obeyed.

“The Permanent Secretary of the Ministry sent a team who visited us for enlightenment on the prevention of the disease and donated some drugs after the lecture’’ he said.

While addressing the people on the outbreak of the disease in the area, the state Epidemiologist, Dr. Francis Onwe, said the state health officials were contacted by Chief Austin Igwe Edeze, whose younger brother was among those that died as a result of the epidemic. [myad]