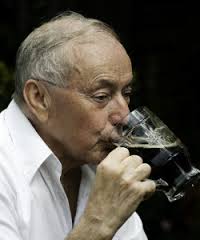 Belarus, in eastern Europe, is leading the way in the world’s biggest consuption of alcohol, downing 17.5 litres of beverages on average per year. A World Health Organisation (WHO) report which was released today detailed the levels of alcohol consumption across the world.

It points to an interesting order of countries in the top-ten heaviest drinkers, revealing that all of the countries topping the list are in Europe.

According to the “Global status report on alcohol and health 2014” Belarus, in eastern Europe,  proved to be the world’s biggest lovers of alcohol, downing 17.5 litres of beverages on average per year.

Surprisingly, the United Kingdom and Ireland do not make the top ten even as the report revealed that Britons over 15 years old drink 11.6 litres on average every year, making it joint 17th with Slovenia.

Australia and Canada also failed to meet the top 10 but maintain high levels of drinking at 12.2 and 10.2 litres a year respectively.

The global average figure is 6.2 litres of pure alcohol per person every year, taking into account that the majority of the world’s population (61.7%) does not drink at all.

WHO assistant director-general for non-communicable diseases and mental health, Dr. Oleg Chestnov said: “More needs to be done to protect populations from the negative health consequences of alcohol consumption.

“The report clearly shows that there is no room for complacency when it comes to reducing the harmful use of alcohol.”

Director for mental health and substance abuse at WHO, Dr. Shekhar Saxena also said: “We found that worldwide about 16 per cent of drinkers engage in heavy episodic drinking – often referred to as ‘binge-drinking’ – which is the most harmful to health.

“Lower-income groups are more affected by the social and health consequences of alcohol. They often lack quality health care and are less protected by functional family or community networks.”