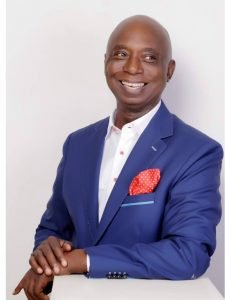 A statement from his media aide said today, January 8, that the anti malaria campaign project is being carried out under the auspices of his Foundation.

The statement said that Nwoko will use the campaign to draw global attention to the scourge of malaria in Africa, adding that he would use fumigation of Africa and funding research endowments for malaria vaccine in five universities across Africa to the tune of $750,000.

The statement quoted the Delta-born former federal parliamentarian as saying: “Malaria is majorly African problem. If you understand that, then you will comprehend why there is no concerted effort to find a permanent cure to it. “If you look around, you will discover that most of the companies producing malaria medications are foreign based. Could it be that if there is a vaccine those companies would face imminent closure? Late last year, the Egyptian airline resident manager died of malaria in Abuja. There is no family that has been spared. No family that has not lost some loved relatives.”

Recent statistics shows that the six highest malaria burden countries in the WHO African region (in order of estimated number of malaria cases) are Nigeria, Democratic Republic of the Congo, United Republic of Tanzania, Uganda, Mozambique and Cote d’Ivoire. These six African countries account for nearly 50% of malaria cases worldwide according to recent World malaria reports by WHO.

The reports show that children are the most vulnerable group affected by malaria. For centuries, apart from malaria, mosquitoes have been the cause of several other ailments ravaging Africa such as Yellow fever, Dengue fever, Filariasis and Zika.

The statement said that Prince Ned Nwoko has set short and long term objectives for the Ned Nwoko Foundation, with short-term to be National mobilization for the fumigation of Nigeria and other African countries while the  long-term plan is investing in development of anti-malaria vaccine.

“The Foundation plans to establish Academic Research Grants for Malaria Vaccine in universities spread across the African continent.”