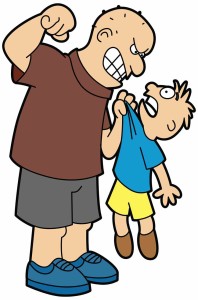 The minister of the Nigeria Federal Capital Territory (FCT), Bala Mohammed today, turned a bully against the elected chairman of Kuje Area Council, Mr. Ishaku Shaban Tete over the siting of Ebola disease centre in the capital of the Area Council, Kuje.
Bala told the chairman, who had presented the protest of the Kuje residents against the move to site the Ebola centre in the area: “I will hold you responsible for the success of the project. And I warn you that nothing should happen to stop it!”
The chairman had made it known at a sensitisation session held to enlighten stakeholders on the centre, that people in his jurisdiction are not comfortable with the project.
He drew the attention of the minister to the fact that the general hospital where the Ebola centre is to be located is a busy place, and that pregnant women, children and other normal patients always flood it.
“Bringing Ebola centre to such crowded hospital will amount to mass murder because if it catches one person, be rest assured that it will spread rapidly to all the residents.”
Mr. Ishaku Tete then appealed to the minister to consider taking the centre to an empty Infectious Diseases Hospital (IDH) in an isolated place in Zuba.
Our correspondent who was at the meeting reports that the minister was visibly angered and fell short of abusing the chairman openly.
Report had it that youths and other residents of the town have vowed to burn down whatever structure that would be put up in the name of Ebola centre, even as the chairman had earlier vowed not to allow the centre to be established in his area council even if it would cost him his position as chairman. [myad]