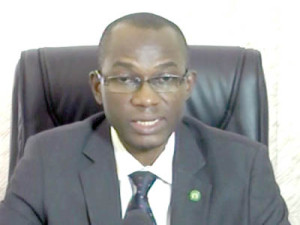 The Nigeria House of Representatives has asked the medical doctors in the country who began an indefinite nationwide strike on Tuesday, to go back to work

This was even as the House mandated its Committee on Health to formally wade into the industrial crisis which is pitting the umbrella body of the medical doctors, the Nigerian Medical Association (NMA) against the Federal Ministry of Health.

The committee, which has a week to accomplish its task and report back to the House, is expected to find amicable ways of resolving the impasse.

The House, acting on a motion on ‘urgent need to resolve the crisis in the health sector’ moved by the Minority Whip, Hon. Samson Osagie (APC, Edo), urged the NMA and its members to call off the strike they embarked upon on Tuesday.

The lawmakers also appealed to the federal government “to do everything possible as a matter of utmost urgency to have the crisis resolved in the interest of the citizens of this country.

“From the NMA perspective, a number of issues, including the appointment of surgeon-general for the federation, payment of hazard allowances to doctors, retirement age of doctors, expansion of the NHIS (National Health Insurance Scheme) to cover a wider spectrum of the society among others are also some of the issues that the National Assembly (has) passed resolutions on,” he noted.

He expressed worry that the citizens stand a very high risk during emergencies, if medical services are not made available, given the very critical state of insecurity in Nigeria. [myad]