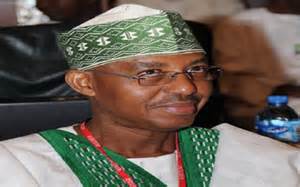 Nigerian health workers under the umbrella of Joint Health Sector Unions, (JOHESU), have suspended their three-month old nation-wide strike to press home their various demands.
The strike was suspended following a joint meeting President Goodluck Jonathan held with the Health Sector Unions (JOHESU) and the Assembly of Healthcare Professionals Association (AHPA) on Sunday 1st February, during which time he gave strong commitment and assurances that all their demands would be met.
The demands include implementation of Court Judgement and agreement the union signed with the government. Another one, which the President promised to implement is the issue of salary adjustment even as he also promised to ensure that the white paper that will be generated from Yayale Ahmeds committee report is released.
The Yayale report is presently undergoing the process of white paper formation and it is expected to bring harmony and peace in the health sector
The health workers have been on strike since November 2014, and, as a result of the suspension of the strike, were expected to have returned to work today.
Since the strike began, medical doctors have been running the affairs of government hospitals in Nigeria without help from nurses, laboratory scientists and other workers.
The health workers had also among other actions, conducted a prayer and fasting session asking God to touch the hearts of the people in government to meet their demands.
The union members were aggrieved that promises made by the Nigerian government that within three weeks, positive steps would be taken for members of the executive to see President Jonathan about the adjustment of CONHESS salary and other issues were not kept.
Minister of Health, Khaliru Alhasssan, who also spoke, said it was important to forget all the bickerings that have happened in the between the JOHESU members and the Nigerian Medical Association (NMA), where some doctors were said to be attacked by health workers at Gwarimpa General hospital.
“Negative things that have happened have happened. Let the bygones be bygones,” Alhassan said.
Also, the National Association of Nigeria Nurses and Midwives (NANNM) has issued a Circular, dated 2nd February 2015, asking members to resume work today. The circular was addressed to the President, other NAC Members, all NEC Members and all specialist groups.
The circular, signed by the General Secretary of the association, Yusuf Badmus, showed the union’s appreciation for members’ support during the strike and the support they gave to “the course of our noble profession.”
He said that the leadership is expected that members would return to work with the spirit of dedication to their work “more than ever.” [myad]