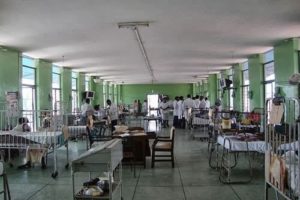 Lassa Fever has killed a medical doctor whose name was simply given as Dr. Habib in Kano, even as 16 patients died of the same in Ondo State.
Information reaching us said that the medical doctor died in Aminu Kano Teaching Hospital and that a nurse also lost her baby even as some medical Officers have been quarantined.
And in Ondo, the state government confirmed that about 84 cases have also been recorded since the beginning of the year.
The governor, Rotimi Akuredolu, and the heads of relevant agencies met yesterday to review the situation which blew open at the weekend, as medical personnel struggled to grapple with the challenge.
Officials said that medical facilities at the Federal Medical Centre, Owo, and other facilities in Akure, the state capital are already overstretched.
It was gathered that three local government areas have so far been affected. They include Akoko South West, Akure South, Ondo West, and Owo local governments.
The state epidemiologist, Steven Fagbemi, gave the detailed breakdown of the situation after the meeting with the governor.
The meeting also involved Local Government Chairmen from Ondo North and Central Senatorial Districts at the governors office in Akure.
Fagbemi said the fatalities were due to the fact that the cases had reached advanced stages before they were brought to the hospitals.
He said 47 patients were on admission and were responding to treatment, while 21 persons had already been treated and discharged.