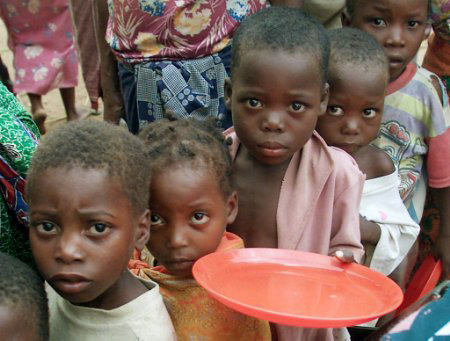 The National Agency for Food and Drug Administration and Control, (NAFDAC) has raised alarm over the level of micro-nutrient deficiency in Nigerian children, between the ages of one and five.
Benue State Coordinator of NAFDAC, Anikoh Ibrahim, raised the alarm when he led officials of the agency to markets in the state, for an on the spot random testing for micro-nutrient fortification compliance in sugar, flour, salt and vegetable oil products, being sold in the market.
He said that the agency embarked on the nationwide exercise following discovery that one out of four children under the age of five is deficient in Vitamin A just as 31 percent of mothers in the country suffer from Iodine deficiency.
“We had to embark on this random testing because it has been discovered that one in four children under the age of five in Nigeria suffers from Vitamin A deficiency while about 31 percent of mothers in Nigeria are iodine deficient.”
Ibrahim said that the agency would soon commence the closure of factories of edible food producers in the country whose products failed the micronutrient fortification compliance test even as he listed malnutrition among children, death of young mothers during childbirth due to anemia and poor learning ability of children as consequences of micronutrient deficiencies.
“This is the more reason why it is the right of every Nigerian to consume fortified foods to guard against diseases and untimely deaths. It is therefore important that consumers begin to demand for fortified staples.
“I must therefore hasten to say that in the event of non-compliance to mandatory food fortification by manufacturers of vegetable oil, wheat/maize flour and sugar, necessary sanctions will be applied which includes immediate closure of the concerned factories.”
The NAFDAC State Coordinator warned that any manufacturer who refuses to adhere to the fortification standards would be punished, adding that such punitive measures would include the payment of administrative fines, withdrawal of products from markets and destruction of same by the agency.
Ibrahim said that most of the products that were subjected to the random testing met the minimum fortification standards stressing that manufacturers of products that failed the test would be notified accordingly.