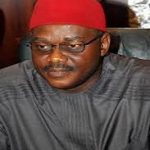 The Federal Government of Nigeria has announced plans to completely stop the advertisement of tobacco products in Nigeria with strict restrictions on cigarette smokers, especially in public.

Minister of Health, Professor Onyebuchi Chukwu who disclosed this shortly after the weekly meeting of Federal Executive Council (FEC) today,  said that the Council approved a bill which seeks to ban tobacco advertisements and impose a 6- month jail term and/ or 50,000 naira fine on people who smoke in areas which will be designated as non smoking areas.
“The bill is to protect Nigerians against the harmful effects of tobacco. We know that tobacco is dangerous. Tobacco is the cause of many deaths and many illnesses. There are four main non communicable diseases, including cardiovascular diseases, cancer, chronic respiratory disorder and diabetics. Tobacco alone causes three out of these four illnesses- Tobacco causes cardiovascular diseases. It is known to cause heart attacks, hypertension and stroke. Tobacco, indeed, causes cancer, cancer of various organs, especially cancer of the lungs. Tobacco is the cause for chronic respiratory disease
“We have done surveys in Nigeria. In 2008, Nigeria conducted the global youth tobacco survey and the youth that were surveyed were between the ages of 13 to 15 and in that survey, it clearly showed that 15 per cent of our children between the ages of 13 and 15 were already smokers and 55 per cent of our children between the ages of 13 and 15 were exposed as passive smokers.”
The minister said that even among adults, ten percent of men spoke in Nigeria and that one out of every ten Nigerian male adult smoke, even as among the women, it is 1.1 per cent.

“If you combine it in term of men and women, almost six per cent of all adults in Nigeria smoke or use tobacco products apart from 20 per cent of those who did not smoke but exposed as passive smokers.”
Professor Chukwu said that the bill, if passed by the National Assembly, will also impose a fine of between one million to five million naira on companies that advertise tobacco products in the country.
The owners of such companies, he said, will also risk a jail term of between one to two years.
“The major ingredient of the bill is that there are stiff penalties for individuals. For instance, individuals who fall foul of what will eventually become the National Tobacco Control Act 2014, may pay fine of between N50,000; that is for someone who goes to a place clearly designated non smoking area. The judge could either give you an option of fine or combine it with imprisonment of up to six months, whereas, for companies, it varies from N1 million to as much as N5 million. Imprisonment of owners of those companies could vary from one to two years.”

The minister said that  the areas that are being targeted, include the environment, saying: “we want to produce hundred percent tobacco free environment for people who do not want anything to do with tobacco.”

Professor Onyebuchi said that a fund to be known as the Tobacco Control Fund will be established by the bill to be funded by Federal and State governments as well as individuals.
“The bill also proposes to ban every form of sponsorship by any tobacco company of any public event. When government is doing anything, they cannot sponsor, whether in sports or seminars.
“We will not accept gifts from them. If a tobacco company wants to build school, we will reject but we will accept when they have stopped producing and selling.”