Home NEWS HEALTH Nurse Who Escaped From Lagos To Meet Her Husband In Enugu Dies... 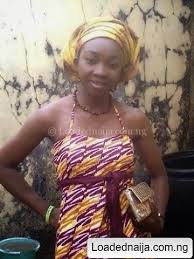 Another nurse, Obi Justina Ejelonu, who attended to Patrick Sawyer, a Liberian-American Ebola carrier who flew to Nigeria on his way to attend a conference in Calabar, has died.

Justina was reported dead today in Lagos where she was returned and quarantined after fleeing the observation centre to meet her husband with whom they newly married, in Enugu. Her husband too is now under observation.
Until her death, the outdpoken nurse was at the center of a campaign to get the Zmapp experimental drugs to Ebola victims in Nigeria. John Okiyi-Kalu started the Internet campaign a few days ago.

Meanwhile, the minister of health, Professor Onyebuchi Chukwu has clarified issues surrounding the Ebola disease in the country. The statement from the minister goes thus:

Nigeria has now recorded ten (10) confirmed cases of Ebola Virus Disease (EVD). Out of these, four (4) have died and eight (6) are currently under treatment. (It is important to note that the number of confirmed cases remains ten (10) as at today and not eleven (11) as earlier announced this morning. We regret the error which arose from double counting in the process of communicating the additional death from the operational centre in Lagos to the Federal Ministry of Health). The fourth death recorded today was a Nigerian nurse who participated in the initial management of the index case.

The total number of persons under surveillance in Lagos is now 169. These are all secondary contacts as all the primary contacts have completed the 21-day incubation period and have been delisted to resume their normal lives.

Enugu State now has 6 persons under surveillance as 15 after complete evaluation were found not to have had contact with the nurse, a primary contact of the index case who became symptomatic and tested positive and is one of the 10 confirmed cases. The nurse who had been placed under surveillance in Lagos disobeyed the Incidence Management Committee and travelled to Enugu. At the time she made the trip, she was yet to show any symptom and did not infect anyone on her way as transmission of the disease is only possible when a carrier of the virus becomes ill. However, she has since been brought back to Lagos. Before the return journey, she had become symptomatic and had to be conveyed to Lagos with her spouse in special ambulances. The husband is not symptomatic neither is he positive for Ebola Virus Disease but has been quarantined given the intimate contact with her while in Enugu.

On Monday the 11th August, 2014 the Honourable Minister of Health convened an Emergency National Council on Health (NCH) Meeting as Chairman, with the Minister of State for Health, the Commissioners for Health in the 36 States and the Secretary of Health and Human Services in the Federal Capital Territory Abuja. The meeting reviewed the state of preparedness of the country to contain the outbreak of Ebola Virus Disease and resolved on actions to be taken.

In furtherance of the national containment efforts, President Goodluck Jonathan himself convened a meeting of the 36 State Governors and the Minister of the FCTA, Commissioners for Health and the Secretary of Health of the FCTA on 13th August.  The meeting was briefed by the Minister of Health, the Project Director of the Nigeria Centre for Disease Control (NCDC), and the World Health Organization (WHO) Representative in Nigeria. The Governor of Lagos State also briefed the meeting on the situation in Lagos. Each State of the Federation and the FCTA reported on the status of their preparedness to prevent and mitigate the disease through their Commissioner of Health and the Secretary of Health in FCTA. The vast majority of the States were fully prepared while a few others are  in the process of completing all the requirements.

The private sector stakeholders and Foundations are also showing interest in containing the EVD outbreak and here today, there will be a special announcement by the Dangote Foundation.

It is also important to note the laboratories where specimen can be taken for laboratory analysis. They are:

b.    NCDC Laboratory at Asokoro, Abuja

Let me once again reassure Nigerians that the Government is working hard to ensure the containment of the outbreak. [myad]