Home NEWS HEALTH Over 2 Billion People Have No Access To Toilets, 1 Billion Defecate... 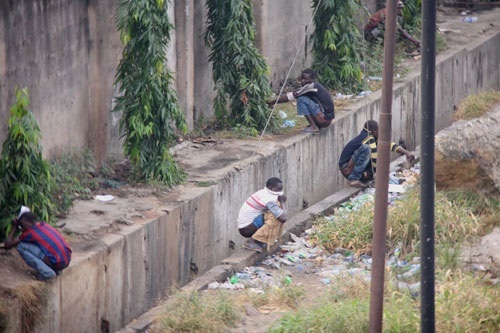 The United Nations Children’s Fund (UNICEF) has come out with startling revelation that there are 2.5 billion people worldwide that still do not have adequate toilets and that among them one billion defecate in the open.
It said that about 70 million people are without access to safe water while over 110 million people are without access to improved sanitation.
In a statement from UNICEF, announced also that 2.3 billion people have gained access to improved sources of drinking water since 1990, adding that Nigeria is currently not on-track with regard to its attainment of Water and Sanitation targets.
“As a result, the Millennium Development Goal target of halving the percentage of the global population without access was met in 2010. In the case of Sanitation, nearly
“The poor bear the greatest brunt of this lack of access to water and sanitation. For women and girls, collecting water cuts into time they can spend caring for families and studying. In insecure areas, it also puts them at risk of violence and attack. UNICEF estimates that in Africa alone, people spend 40 billion hours every year just walking to collect water.  For children, lack of access to safe water can be tragic. On average, nearly 1,000 of them die globally every day from diarrhoeal diseases linked to unsafe drinking water, poor sanitation, or poor hygiene.”
UNICEF said that this year’s theme on World Water Day, which falls on 22nd March, is “Water and Sustainable Development,” saying that the theme aptly encapsulates the overarching role of water in peoples lives, be it for human consumption, food production, for health, for power generation, for industry and for the sustenance of nature as a whole, without which life would not exist.
“This year’s theme highlights the importance of water to our existence and emphasizes the need to look at the holistic development of the water sector, reduce water wastage and prevent contamination of this increasingly scarce resources. “Everyone, be it the government, the civil society, international development partners and the citizens including children have a critical role to play in ensuring that water is sustainably used and is available for generations to come” said Kannan Nadar, Chief, Water and Sanitation, UNICEF.
“UNICEF has been working with the Federal Ministry of Water Resources as well as the state governments to promote use of sustainable approaches and technologies for water abstraction and use.
“In the last two years nearly 2.5 million people gained access to safe water in rural areas through UNICEF support that also included funding from EU and UKAid.
UNICEF- supported ‘WASH in Schools’ programming has also brought safe water, sanitation and hygiene facilities to thousands of school children in Nigeria.”