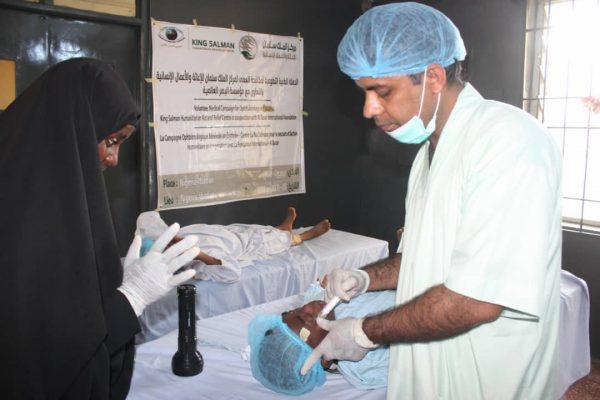 At the conclusion of the works of the volunteer medical campaign by the Kingdom of Saudi Arabia, in its determination to combat blindness and its causes in Ibadan, Oyo State, Nigeria, has treated no fewer than 8,000 patients.

The medical attention which is funded by King Salman Humanitarian Aid and Relief Center, in collaboration with Al-Basar International Foundation, according to the country’s Ambassador to Nigeria, Adnan Bin Mahmoud Bostaji, is aimed at further cementing the cordial relationship between the two countries.

In a statement at the end of the programme in Ibadan, Ambassador Adnan said that 694) surgeries were done to remove cataract and glaucoma, alongside other minor surgical operations.

He said that more than 1,000 reading glasses were distributed to patients, adding that the surgery operations were done by a number of consultants,  surgeons and ophthalmologists.

The Ambassador, who acknowledged the friendliness and mutual cooperation between his country and Nigeria, expressed gratitude and thanks to Nigerian authorities, comprising of the Government and the private sector, for their cooperation with the organizers of this campaign and for making their task successful, as well as for accomplishing the campaign’s humanitarian  goals.