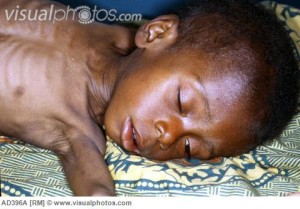 In every minute of every day of every year, nearly two children die of malaria—that equates to more than 700,000 souls per year. Malaria is endemic in more than 90 countries, with more than 45% of the world’s population, or 3.4 billion people, at risk for malaria with 10% of the world’s population, or nearly a billion people, getting sick each year with the disease.
Most of those 700,000+ fatalities are children below the age of five and most (90%) live in sub-Saharan Africa. Up to 23% of African infants are actually born with the malaria parasite.
Malaria was eliminated from the U.S. in the early 1950s. Less than 2,000 cases are still reported in the U.S. each year that result in about five deaths. Almost all of these cases occur in recent travelers to high susceptibility regions.
There has been no lack of effort or resources put against this disease. Hundreds of millions of dollars are invested each year for pesticide-coated mosquito netting, mosquito pesticide treatments, drugs, sanitation systems, medical care and training. The Plasmodium parasite responsible for the disease has been one of the most heavily researched parasites for more than 100 years. These efforts have had significant effects, reducing the global mortality rates by 42% since 2000—mortality rates among children have been reduced by 54% during that time. But the continuing large size of the problem puts a large strain on the economies of the affected countries and their ability to fund counter measures. Low-income families in Africa can spend a third of their limited incomes just on malaria treatments, which then also reduces the country’s overall economic growth—a vicious cycle.
Malarial patients also fall prey to the increasing drug resistance effects that are being seen in antibiotic treatments for other maladies around the world. Drug resistance is common against all classes of malarial drugs except for artemisinin at this time, and resistance to artemisinin is starting to be seen as well in some Asian countries. Researchers can see the effects of drug resistance in drug cocktails and chemoprevention treatments after just three months. No vaccine has yet been developed for malaria.
Adults can develop a partial immunity to malaria after years of exposure that, as a minimum, reduces the risk of getting a severe infection. This implies that there are some antibodies that develop in the human body and hence the possibility of developing a vaccine. There are numerous variables in these situations, but the potential is there waiting for someone to discover it.
A global eradication program for malaria was started in the 1950s but failed due to the increasing resistance of the anopheles mosquito (that transmits the Plasmodium parasite) to insecticides and increasing resistance of the parasites to drug treatments, along with numerous administrative issues.
Added to these concerns, global warming is expected to exacerbate the malarial problem by lengthening the growth period for mosquitoes in many countries and expanding the affected regional areas.
While researchers continue to make gains against malaria and its effects with new approaches, including genetically engineered bacteria (at the Johns Hopkins Malaria Research Institute), these new challenges limit their overall effectiveness. HIV/AIDS continues to be one of the leading causes of death in the world (roughly twice that of malaria) because of its constantly mutating capabilities and the difficulty in developing a drug that addresses that rapid mutation. Malaria follows a similar path in that once a drug or preventative is created, a resistance to it evolves for either the mosquito host or the parasite.
The overall increasing drug resistance effects for all types of antibiotics has created large financial incentives for drug manufacturers to research and develop new antibiotic compounds. Perhaps work in these areas will also benefit the drug approaches for combating malaria. But as we all know, the overall development program for new drugs continues to average more than 10 years in length and the number of children that would die from malaria during that time would be measured in the billions, so reliance on that solution by itself cannot be relied upon too heavily. Multiple approaches, as are being done now, will likely be the continuing way to combat malaria for the foreseeable future. [myad]