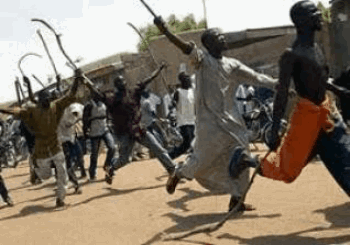 The Southern Kaduna Peoples’ Union (SOKAPU) has appealed to President Muhammadu Buhari to extend similar kindness which he gave to Benue State to them, over the incessant attacks by herdsmen leading to the killing of their loved ones.

The SOKAPU, in a statement today, Wednesday by the National Public Relations Officers (PRO), Yakubu Kuzamani, commended the President for his approval of the sum of N10 billion for the rebuilding of destroyed communities in Benue State, adding that this step is salutary and needs to be expeditiously executed so as to speedily ameliorate the suffering of the surviving victims that have borne the brunt of unprovoked attacks by rampaging terrorists in Benue State. The Union said that though no amount of money will bring back the lives of those killed, neither will the amounts be adequate to rebuild the communities destroyed, but that the funds will provide some succour and palliatives as well as revive the hopes of those still living in the communities destroyed.

“While commending the Federal Government for this pecuniary gesture as part of its attempts to alleviate the sufferings of the victims of terrorist activities in Benue State, we also deem it necessary to call on the Federal Government to carry out its interventionist measures in other communities that have suffered similar fates in Nigeria, particularly, communities in not less than five Local Governments in Southern Kaduna that were turned  into  theatres of terrorist activities and killing fields.

“We buried hundreds in mass and most times individual graves; whole communities and villages were completely and totally destroyed. Whole families wiped out in one fell swoop. Mourning, weeping, burials, destitution, destruction, deaths became the hallmark of activities in Southern Kaduna for several months. Southern Kaduna denizens have been turned into orphans, widows and widowers. Poverty, destitution, homelessness and hunger stares us in the face. We are not facing imminent humanitarian crisis but we are already experiencing serious humanitarian crisis of very huge proportions.

“In the light of the above, SOKAPU calls on the President to urgently set up interventionist measures akin to a Marshals plan to rebuild, reconstruct, rehabilitate and to restore Southern Kaduna to its pristine position. Specifically, we call on the Federal Government to:

a.     Approve interventionist funds such as has been done in Benue State to address and redress the multifaceted challenges that have arisen as a result of the terrorist attacks.

b.     Establish a Southern Kaduna Development Commission to rebuild, reconstruct, rehabilitate and to restore the destroyed communities.

c.      Urgently provide relief materials for all the affected communities so as to stem the humanitarian crisis and provide needed succour and relief to widows, the aged, orphans and the vulnerable.

d.     Provide enhanced security services for our communities, our villages and our farmlands to enable the development of our farmlands and Agric sector hitherto abandoned due to terrorist activities.

“It may be necessary to call the attention of Mr. President that Southern Kaduna remains the only ravaged zone in Nigeria where not even a single IDP camp was allowed to be established by the government despite the incomprehensible scale of human destruction. The hundreds of thousands displaced are being catered for by struggling relations, friends and people of goodwill.

“On the basis of the foregoing, we are calling on President Buhari to come to the assistance of Southern Kaduna communities and also the Birnin Gwari axis that are targets of attacks by agents of criminal activities. With the necessary security deployment going on, we believe that funding the rebuilding of destroyed communities will go a long way in returning these ghost towns to some semblance of human living so that the victims can rise up from the ashes of their despair.”