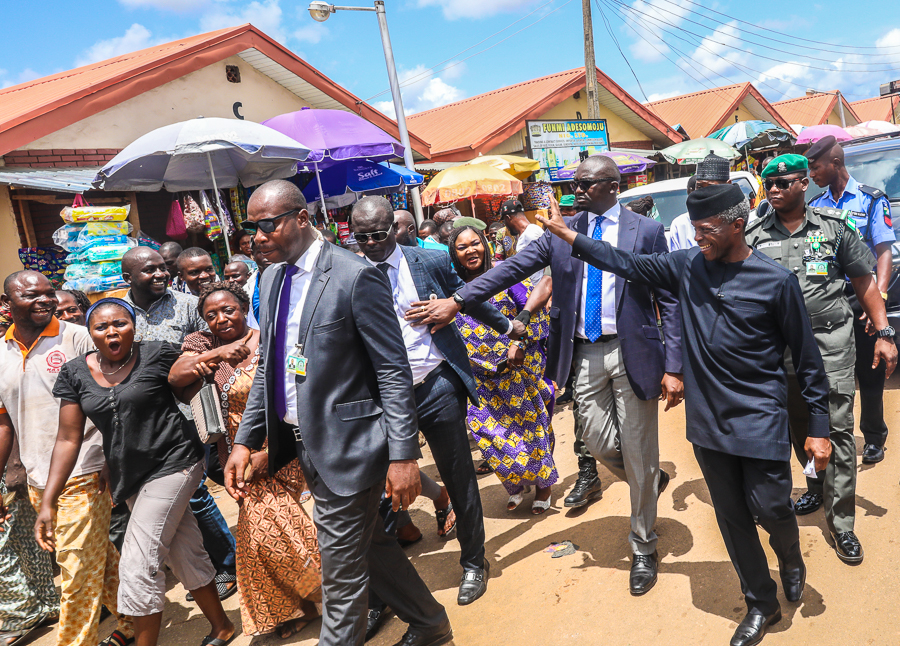 Vice President Yemi Osinbajo has said that the recently concluded campaign for the second term of his boss, President Muhammadu Buhari and him, afforded him a great opportunity to encounter, first hand, ordinary Nigerians in their localities.

“I met a woman in one of the markets in Kwara State, and she gave us some vegetables and I thought she wanted to sell them, but she was actually offering it to us free. I thought to myself, here is this woman I should be giving something to and she is the one giving a gift instead. That is just a typical Nigerian. I was walking past another woman in Kogi while shaking hands with people there, she gave me N200. I thought to myself, I am the one meant to be giving her something.”

Professor Osinbajo, who was addressing volunteer groups at a dinner in Presidential Villa, said: “as a matter of fact, I don’t know any nation where the people are so generous no matter how poor they are.
“There was another elderly woman here in Gwagwalada, and that made the news, she pulled me aside and said, “Young man, you need prayers” and she prayed for me. People saw her holding my hands and praying for me, and I thought to myself, I am meant to be offering these people comfort and succour, but they are hopeful and offering the support, comfort, love and all of the things they thought at the time that we needed.”
Vice President Osinbajo admitted that for him, the campaign was about the Nigerian people, saying that Nigerians are generally so trusting and supportive of their leaders everywhere.

See also:  My Late Father Made Me Who I Am, FCT Senator Says As He Receives Minister

“I think that one of the major characteristics of Nigerians is how supportive they are and also they don’t ask for too much. They never really ask for anything that is impossible to do.”
he said that after going round the country, he realized the tremendous amount of work that need to be done and the capacity of the government to do so much work.

He then thanked the volunteer groups and Nigerians for their contributions to getting them back on the ‘hot seat.’