Home NEWS How I Escaped Being Killed By Politicians Who Wanted Me To Bend... 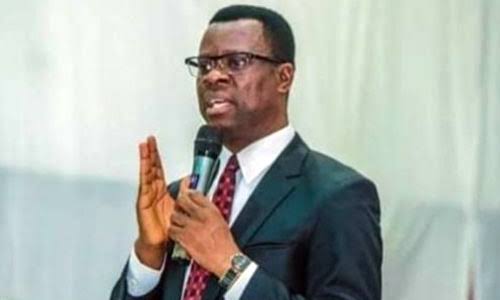 Speaking to news men today, August 12, at the Conference Hall of the INEC Secretariat in Uyo, as he retires from active service, Barrister Mike said that despite such threats to his life, he stood his ground to reform the electoral process, which he recalled was badly battered before the 2019 polls.

According to him, his refusal to succumb to the whims and caprices of some desperate politicians in the state pitched him against some “Dinosaurs” who were not happy with him.

He said he has already set electoral standards in the state and that his exit will not change the template.

“INEC in Akwa Ibom State under my watch is very clear on the conduct of elections as directed by INEC at the national level and we are poised to deal with historical challenges as it concerns electoral matters.

“Politicians in Akwa Ibom State are used to rigging but i have said no, that is why the ‘Dinosaurs’ are angry. Some believe that they can buy all the people all the time because of permanent interest but Mike Igini has vowed that I can’t be bought with money.

“INEC in the state will continue to serve the people even at the risk of their lives because they are doing the right thing. Democracy will have no meaning if the rule of law is not totally embrace.

“All elements who acted contrary to the rule of Electoral law in 2019 were duly punished including INEC Staff.INEC has built electoral fireworks in Akwa Ibom State so that electoral template can be maintained.”

Barrister Mike Igini recalled that in 2019, about 23 illegal polling units were discovered in the homes of some politicians in the state, adding his quarrels with politicians started when he ordered that those polling units be relocated to open places.

“In 2019, some illegal polling units were identified in the homes of politicians in the State and I directed that such polling units be relocated to open places where people can vote under a conducive atmosphere.”