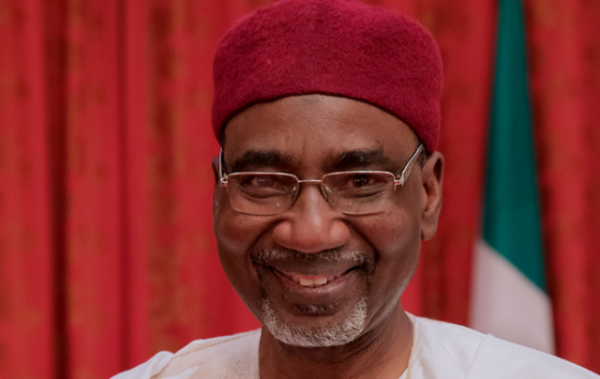 The Director General of the National Intelligence Agency (NIA), Ambassador Ahmed Rufai Abubakar has said that apart from its direct harm to the economies of Africa, Illicit Financial Outflows have been responsible for facilitating clandestine financing of terrorist organizations, criminal ventures, and other subversive activities.

He said that Foreign Terrorist Fighters (FTFs) have been migrating into Africa to join other criminal networks engaged in all kinds of trafficking drugs and arms, kidnapping for ransom and banditry.

“They continuously seek out alternative funding for their despicable activities. These criminals have links with individuals and non-state actors around the world. All these activities threaten our fundamental existence and undermine our development efforts.”

Ambassador Ahmed Rufai spoke today, July 18, at the opening of the 16th Conference of the Committee of Intelligence and Security Services (CISSA) in Abuja, Nigeria.

The NIA Director General said that as a direct threat to internal stability, Illicit Financial Outflows allow unscrupulous individuals to amass fortunes, which are then used to undermine the state and its institutions, intimidate citizens, manipulate public opinion, create and sustain a never-ending cycle of violence driven by propaganda, hate speech and other divisive rhetoric. “Illicit outflows from Africa, therefore, constitute an existential threat to the continent, which no amount of foreign assistance can undo.”

Ambassador Ahmed Rufai said that putting an end to Illict Financial Outflows and several other security challenges is daunting, but that “it is a task that we can and must do. We are all aware of why CISSA came into being – to assist the African Union (AU) and its institutions in effectively addressing the security challenges confronting our continent.

The reason is as valid today as it was in 2004. 14. The Thabo MBEKI-led African Union High Level Panel on Ilicit Financial Flows from Africa commissioned in 2011, as well as the appointment in 2018 of President Muhammadu BUHARI by his counterparts to give impetus to the African Union’s fight against corruption, is an indication of a strong political commitment from our leaders to address these related challenges.

“Our organization, CISSA, is uniquely placed to strengthen and support this resolve, to serve as the nexus between information, solutions, actions and feedback. In this connection, I cannot overemphasize the importance of timely and robust intelligence support for policy formulation and decision making.

“The magnitude of the problem calls for stronger determination and cooperation among us as well as creative and new ideas in order to find innovative solutions to long-standing issues. “Towards this end, we need to streamline regional and continental collaboration as well as harness national strategies to combat trans-national problems.”