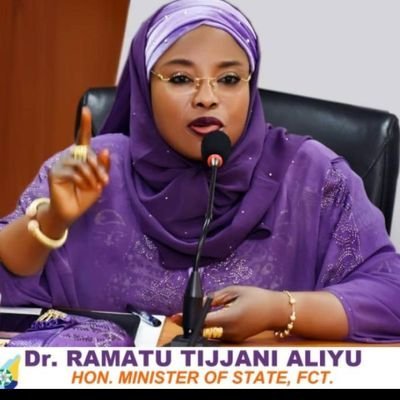 The Minister of State for the Federal Capital Territory (FCT), Dr. Ramatu Tijjani Aliyu, has explained how the palliatives to cushion the effect of lockdown slammed on the residents of the capital city to control the spread of coronavirus are being distributed.

At a meeting with political and community leaders today, April 2, Dr. Ramatu said that adequate arrangements have been put in place to ensure that only those who are entitled to the palliatives actually receive them.

She said that the authority is working with the grassroots leaders made up of councilors, ward leaders, civil society, youth groups as well religious organisations in this regard.

She said that several volunteers in the FCT have been donating their time and resources in the fight against the Coronavirus.

According to the minister, so far about seventy vehicles have been received and ready to be deployed along with vehicles from the FCTA and Area Councils to transport food stuff from five stores where they were currently being warehoused.

She said that while fumigation of public areas have intensified, there is the need for residents to play their part by remaining indoors and stop the  spread of the virus,