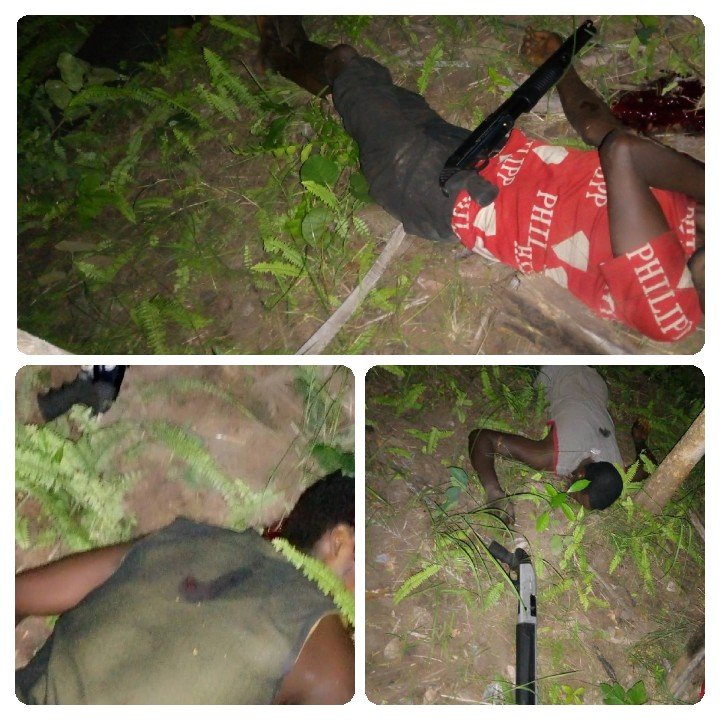 Hunters, joining in security operations to rid the society of the dangerous elements, have gunned down three suspected kidnappers who have been terrorising motorists along Okene-Lokoja road.
Report reaching us at Greenbarge Reporters indicated that the hunters were led into the operation by Senior Special Assistant on security in Okehi local government area to Governor Yahaya Bello of Kogi State in the person of Abdulraheem Ohiare and his Adavi countapart, Joseph Omuya Salami
The report said that the operation, which was carried out today, July 25, followed intelligent report on the hide out of the hoodlums in the bush around Adavi local government.
It said: “the hunters who apprehended one Mr Godwin Peter a native of Ekeje in Olamaboro local Government and Sanni Habib a native of Idoji in Okene local Government at sight patrolling the road as at about 4:30 am today both confessed as spy which led to the success of the operation this morning.
“On sighting the the SSA Security of Okehi LG and Adavi, including the hunters, all were never the same as the kidnappers shot sprodically, and three of the kidnappers were gunned down by the hunters.”
The report said that three sophisticated pump action riffles, Bullets, Mask and Charms were recovered from the kidnappers.
Meanwhile, the two SSA, Ohiare and Omuya have expressed appreciation to Governor Yahaya Bello for his determination in securing Kogi State.