Home NEWS I Never Ordered Anybody To Stop AIT From Covering My Activities, Buhari... 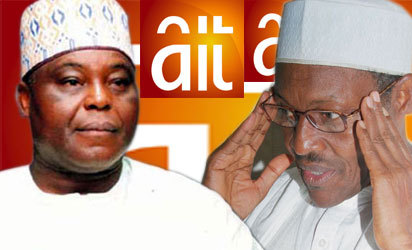 Nigeria’s president-elect, Muhammadu Buhari, has denied the news making the round that he barred the reporters of Africa Independent Television (AIT) from covering his activities even as he gave personal instruction to all his staff, including the personnel attached directly to him, to steer clear of all dealings with the media.

In a statement by the Directorate of Media and Publicity of the APC Presidential Campaign Council, General Buhari insisted that all issues that have to do with media affairs should be left to his official media team.

He threw his support behind his party, the All Progressives Congress (APC) which had earlier expressed disagreement with the temporary barring of the African Independent Television (AIT) from covering his activities.

“I would like everyone to henceforth stay within his/her defined area of responsibility.”

general Buhari made it clear that he was neither consulted nor informed about the AIT reporters being barred and that he only became aware of the matter after the public uproar it generated.

“The time of CHANGE has come,” he said, adding: “we must avoid making the same mistakes that the outgoing government made.” [myad]