Home NEWS I Was Not A Dictator, IBB Protests 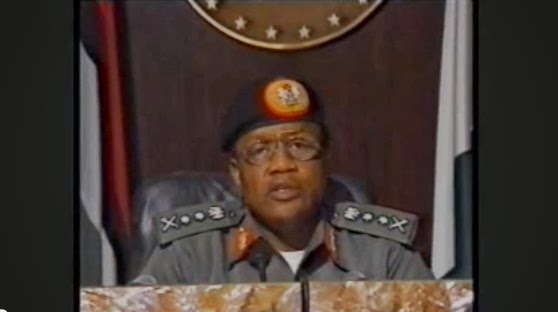 Former military President of Nigeria, retired General Ibrahim Badamasi Babangida has made it clear that he was not a dictator when he was in charge of the country.
Answering questions on a special programme of the Nigerian Television Authority (NTA), the former leader said that there was no decision he took alone.
He said that members of the Armed Forces Ruling Council (AFRC) then used to have regular meetings, the way the Federal Executive Council (FEC) is currently doing, to discuss issues of national interests.
Babangida stressed that most times, the views of the members of the military Council over-rode his own, and that such superior views were often implemented.

According to him, even the views of Nigerians through social media across the country would form the basis of the decision and action of his government.
He cited the Organization of Islamic Countries (OIC) saga and the International Monetary Fund (IMF) loan issue as examples, saying that despite his opinion to the contrary, the views of the majority members of the AFRC), via the views of Nigerians expressed through social media were implemented.
Babangida said that the Armed Forces Ruling Council took the decision to prepare the country for a democratic civilian rule by renaming his position as Military President and that of the Supreme Military Council to Armed Forces Ruling Council. He added that many decisions were taken after thorough deliberation at the Council meetings.