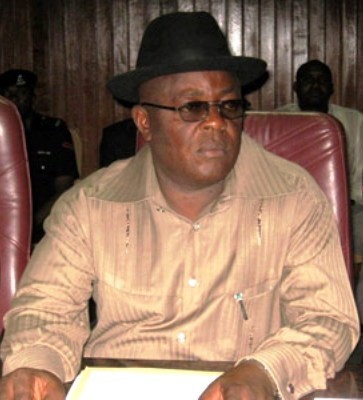 Ebonyi state Deputy Governor and governor-elect, Engr. Dave Umahi has made it clear that in his determination to fight corruption, he would cancel out members of his family from contract award in the state.

He made it clear too that in his determination to fight corruption, he would step on many toes, no matter whose ox is gored.

Umahi who stated these during the May Day celebration at the Abakaliki Township stadium, said that he would establish anti-graft units in the state, assuring that he would not award any contract to himself, family members and relations.

He however assured that all civil servants, students and schools will have farms and that promotion for workers will be based on the quantity of farm produce.

The deputy governor, who represented the state governor, Chief Martin Elechi, assured the workers that the era of victimization and intimidation are gone with the incoming administration, as he would sit with the labour leaders after assumption of office to fashion how the state would be governed.

Umahi noted that it was his target to boost the economic fortunes of the state to be the highest in the country with all stakeholders and citizens venturing into agricultural production. [myad]