Home NEWS If Unemployed Nigerians Were To Form A Country, It Would Be 2nd ... 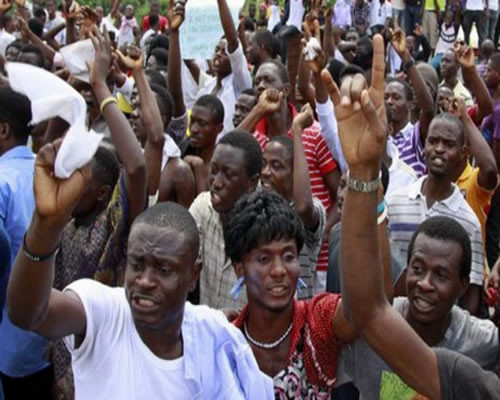 “There are 90 million Nigerians under the age of 30 who require education, jobs, healthcare and social infrastructure.
“To put this figure in perspective, if this population were imagined as a country of its own, it would be Africa’s second most populous nation.”
These were the views of Vice President Yemi Osinbajo, in a lecture he delivered today, February 1 at the National Defence College, Course .
Professor Osinbajo said that Nigeria is currently the 7th most populous nation in the world with an estimated population of over 200 million people, adding that in 30 years, “we will be the world’s third most populous country. After China and India. Nigeria is also a young country.”
He said that the main policy challenge which will shape the national security calculus both now and in the future is that of creating social and economic opportunity on a scale that not only matches the population growth rate, but also the aspirations of the youth.
Saying that the sole objective of man is to live, the Vice President said: “to live, he needs food, shelter, and clothing. To do so, he must have the means to earn enough. Where the means are unavailable, his natural instinct to survive brings about a desperation, an alienation from society which makes him potentially a risk to the security of the community, as he must then device ways to survive or to react against a system that he feels dehumanizes him/her by depriving him/her of a means of livelihood.
“This is why the presence of a large young unemployed working age population is a threat to national security. The correlation between high levels of unemployment, poverty, crime and conflict has been exhaustively documented.
“In the context of a large multiethnic and multi-religious polity, the availability of a young population that is not productively engaged provides fodder for extremists, demagogues and a host of hostile non-state actors.
“So, it is clear that our current security challenges are both a cause and consequence of socio-economic conditions. I say a cause, not the only cause. Improving human capital development, especially education, and providing more opportunities for earning a living, will reduce the numbers of young persons available for recruitment into the ranks of the Boko Haram and ISWAP terrorists in the North East, and the bandits and other criminals around the country.”
Professor Osinbajo stressed however that the insurgency, banditry and other crimes are also harmful to economic activity.  He noted that agricultural productivity in the North East and even parts of the North West and North Central have been hampered by terrorism and banditry.
“If you take a look at some of the figures, you’d see in those places, the production levels they recorded before insurgency and after insurgency.  This has led to a situation where many are out of work.”
He argued that that unemployment is both a cause and consequence of poverty, adding: “the central question for us as a government is how are we addressing the challenges of creating wealth and opportunities? How are we addressing the problems of poverty and unemployment?”