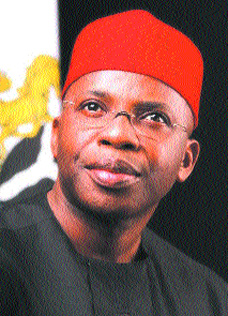 An Igbo group going by the name, Igbo Conversational Group (ICG), led by Dr. Ikedi Ohakim has set an agenda for the President-elect, General Muhammadu Buhari of All Progressives Congress (APC).

In a statement signed by Ohakim himself as well as ​Nze Chidi Duru, Bishop Blaise Iwuogo​ and Barrister Chike F. Maduekwe, the ICG believed that the President–elect is a politician of a rare mould.

The Group said that they have no doubt that, going by his antecedents, the President-elect was under no pressure in agreeing to look into the plight of the Igbo but that they believed that he will
live up to his promises and go ahead to offer the Igbo a much needed leverage that will enable them fully tap their enormous individual and collective potentials, “as canvassed by ICG in our previous statements.
“In spite of the imperatives and nuances of electoral contest, the ICG expects the President-elect to be magnanimous in victory. He should take immediate and practical steps to allay all the fears hitherto held about his personality and every allegation of a fixated mind over some sections of the country. And because the entire country is his constituency, no part should be seen as an underdog. Above all, he must consult deeply and widely and be a good listener.
“As against what was bandied during the campaigns, wisdom comes with age and as such Nigerians expect to reap from the Buhari presidency all the benefits that accrue to a people when a fellow who has been schooled in wisdom and maturity mounts the saddle.
“In Buhari, Nigeria expect to have her own Lee Quan Yu (Singapore), Gen. Park Chung-Lee (South Korea) and Deng Xiaoping (1904 -1997) China. The President-elect is mounting the saddle when the country has just entered into a deep economic crisis. With our oil no longer an attraction to the rest of the world, it needs no exaggeration to state that the new leadership must be creative and assertive in fashioning out a new blueprint for national economic revival.”