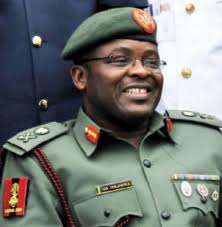 Former Nigeria’s Chief of Army Staff, Lt-General Azubuike Ihejirika (rtd.) has stressed the need for the National Assembly to hasten the approval of the $1 billion (about N160 Billion) loan which President Goodluck Jonathan requested for adequate support to the military to battle the Boko Haram insurgents.

He called on Nigerians to support the federal government’s quest to secure a $1 billion loan to prosecute the war, saying that the issue of security should not be politicised.

Ihejirika spoke yesterday at the Nigerian Defence Academy (NDA) Alumni 18th Regular Course re-union held at the Sultan Maccido Institute of Quran and General Studies, Sokoto.
He emphasized that the loan would be used to upgrade military equipment to be able to further secure the country, saying the unity of Nigeria was non-negotiable

This is even as the Sultan of Sokoto, Alhaji Muhammad Sa’ad Abubakar III cautioned the military not to allow themselves to be used by politicians for sinister motives, advising them to remain apolitical and not allow politicians to use them for political objectives.

“The military should use their professional experience and knowledge for national needs and should not involved in politics or allow political leaders to use them to achieve their political goals”, the monarch said.
He underscored the need for mutual understanding and tolerance, saying Nigerians should not allow politicians to create division among them. “The more we respect and tolerate one another as Nigerians, the better for the unity of the country. We should not allow politicians to continue to divide us,” he averred. [myad]