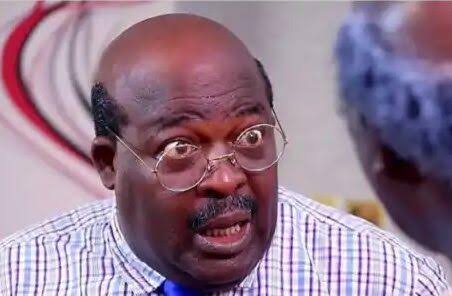 “I have just been reliably informed that the ethnomusicologist, former Music Instructor with the National Troupe of Nigeria and one time stand in for the ‘Papa Ajasco’ character on the popular WAP Comic Series ‘Papa Ajasco’ Mr. Femi Ogunrombi is DEAD!”

Reacting to the news about his death and the confusion it generated, Ayoyinka said that contrary to the rumor, he is very much alive and kicking.

He thanked his fans and well wishers who showed concern and raised alarm over the mixture of personality.

Earlier, an online mediums had reported the death of Femi Ogunrombi, who stood in as ‘Papa Ajasco’ at a time in the life of the popular longest running series by Wale Adenuga Production, used Richard Abiodun, the other Papa Ajasco’s image.

Ogunrombi was famous for his role in the comedy series, a character he took when Abiodun Ayoyinka pulled out of the show.

Richard Ayoyinka played the role for eight years while the deceased took on the part for two years.

Ogunrombi’s death was announced in a Facebook post on Saturday night by journalist and lecturer, Dr. Shaibu Husseini.