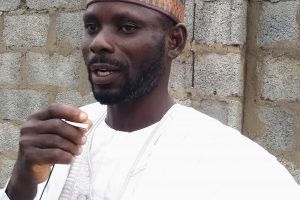 The Chief Imam of Chibiri in Kuje, Abuja, Ustaz Mohammed Khamis has described the rise of Boko Haram and Banditry as part of the wrong application of Islamic knowledge.
Ustaz Mohammed, in a sermon today, July 20 at the end of two Rakah of Eid to mark the Eid-el-Kabir celebration, said that lack of knowledge of religion is more dangerous to the society than any other thing.
He said that Allah knows what He is doing when he places knowledge as number one priority for anyone that wants to worship Him.
“The first commandment He gave to the prophet, Mohammad was that he should Read, even though the prophet never knew anything about reading.
” The prophet, through Angel Jibril (Gabriel), was properly prepared in the acquisition of verse knowledge before he set out to spread Islam.”
Ustaz Mohammed said that it is very wrong for a Muslim to practice Islam the way he sees others practicing it without a personal knowledge of how it is supposed to be practiced.
According to him, it is not enough for one pride himself as a Muslim when such person either has no knowledge or apply the knowledge in a wrong way.