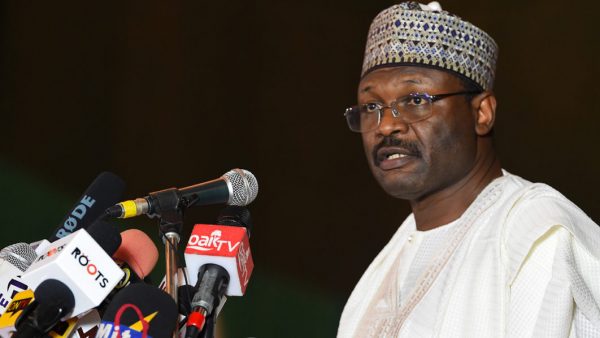 The Independent National Electoral Commission (INEC) has faulted the opposition Peoples Democratic Party (PDP) on the lawsuit it instituted seeking the disqualification of the All Progressives Congress (APC) Presidential candidate, Asiwaju Bola Ahmed Tinubu and the Labour Party (LP) candidate, Peter Obi, over their choice of presidential running mates.

The INEC National Commissioner and Chairman Information and Voter Education Committee, Festus Okoye, in an interview on AriseTV today, July 15, said that there was no provision for a placeholder in the forms submitted by the political parties.

“We cannot comment on the matter because it is in court but I reiterate, there is no provision for a placeholder in the forms they submitted.

“Section 33 of the Electoral Act provides for the substitution of a candidate on account of death or voluntary withdrawal by the candidate.

“A political party shall not be allowed to change or substitute whose name has been submitted pursuant to section 32 of this Act, except in the case of death or withdrawal by the candidate.

“In the case of Senatorial elections, it is mandatory to hold fresh elections but in the case of presidential and governorship, the parties are the ones who nominate the candidates.”

The PDP also requested the court to declare that Kabiru Masari and Doyin Okupe, who were Tinubu and Obi’s respective former running mates, are required for each of them to be eligible to run for office alone.

The PDP is asking for a court injunction that would prevent INEC from changing Tinubu and Obi’s running mates in the original summons with suit number FHC/ABJ/CS/1016/2022.

In this case, INEC, APC, Tinubu, Masari, Labour Party, Obi, and Okupe are the first to seventh respondents.

Tinubu had chosen Masari to serve as a stand-in running mate so that he could meet the INEC deadline on June 17, while Obi picked Okupe, his campaign manager as temporary running mate.

Masari and Okupe resigned after several weeks of discussion, and Tinubu and Obi then proposed Shettima and Baba-Ahmed as replacements.