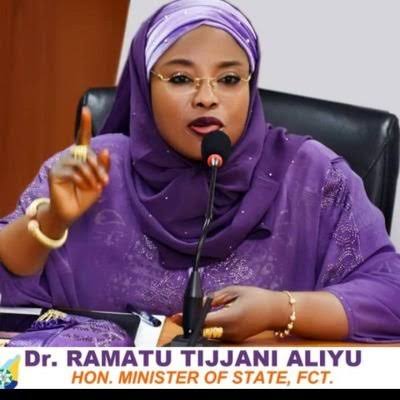 Residents of the Federal Capital Territory have been called upon to be vigilant and to communicate with one another as well as to the security agencies, all suspicious people or activities within their vicinity to safe guard lives and property across the Territory.

The Minister of State, Dr. Ramatu Tijjani Aliyu who spoke to newsmen today, August 27 during the monthly Security Committee meeting that was chaired by the minister, Malam Muhammad Musa Bello, said: “security is a collective responsibility, so, we must communicate when we see those we consider as unknown faces around our areas, especially with what we are seeing or hearing across the country.”

She however assured the residents of the safety of their lives and property as the security agencies are very alert to their responsibilities. “We are reassuring the FCT residents that the city is safe and the environment is also good with ease of doing business.

On the issue of kidnappings, she said that the crime has reduced in many parts of the Territory, even as she assured that the security agencies are working hard to curb it in areas where it is rampant.

This was even as the FCT Commissioner of Police, Sunday Babaji, called for the cooperation of the residents of the FCT by giving timely and accurate information to the police, assuring them of their security and safety.