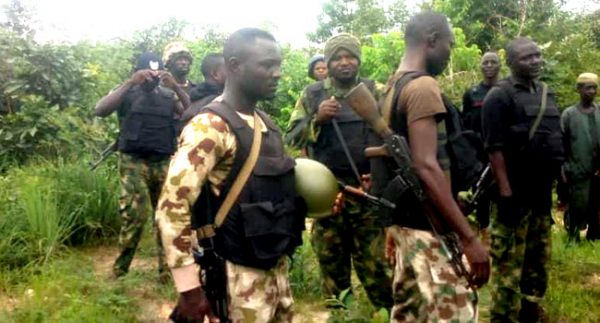 A competent source in the Nigerian Defence Intelligence has released the names of what it called ” notorious commanders” of Islamic State of West African Province (ISWAP) that were killed on the fringes of Sambisa Forest, in the Bama axis of Borno State at the weekend.

“Some notorious Commanders suspected to have been eliminated in the massive well-coordinated onslaught include the so-called Ibn Hassan and Abuo Uzaifa, Abou Hauwa, Amir Shettima Bargo, Akura Buri, Abuo Zainab and Abuo Idris. They are the high-ranking leaders of ISWAP.”

According to the source, the operation was targeted at some identified terrorists’ enclaves at Gabchari, Sheruri, Mantari and Mallum Masari located in Bama axis of Borno State.

It was confirmed that the operation against terrorists witnessed the participation of local volunteers, who assisted troops in locating the hideouts of the ISWAP fighters after obtaining the GPS coordinates.

“The ground troops of the 199 Special Battalion and 222 Battalion of the Operation Hadin Kai demonstrated exceptional gallantry during the preparation and the execution of decisive attacks on the hideouts of terrorists.

“More impressive is the fact that the air support from our NAF aircraft engaged fleeing terrorists, bombing many of them in the process,” said the source.

This was even as report filtered in that another commander of the terrorist, Goni Faarouq has signified his intention to surrender himself, his family and some followers to the Nigerian troops.

It was learnt that lack of food and medication, compounded by the rainy season, have been adversely affecting their dwelling in the forest, and forcing more the terrorists to trooping out to surrender.