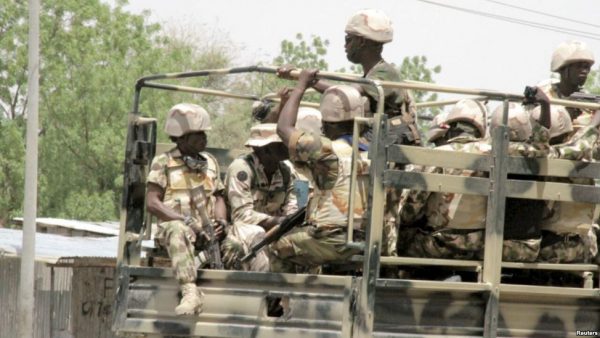 Boko ISIS-affiliated Islamic State of West Africa Province (ISWAP) has suffered heavy causalities in the hands of soldiers in 4 camps in Borno and Yobe States.

The locations attacked by soldiers in were identified as the ones being used by the terrorists in coordinating attacks on Marte, Dikwa and Geidam local government areas in Borno and Yobe States.

It was gathered that the airstrikes were conducted at Madayi, Arge and Arijallamari in Abadam Local Government Area. Several weapons and gun trucks belonging to the terrorist were said to have been destroyed during the operation.

A ground assessment revealed that a number of ISWAP unit commanders and high-value fighters were also eliminated during the air raid.

Operation Lafiya Dole’s Air Task Force, 199 and 198 Special Forces Battalion as well as the Artillery Fire Units of Sectors 3, Multi-National Joint Task Force(MNJTF) were also actively involved in the success of the operation.