Home NEWS “It’s Not Only Mosque That Was Demolished In Rivers But Churches And... 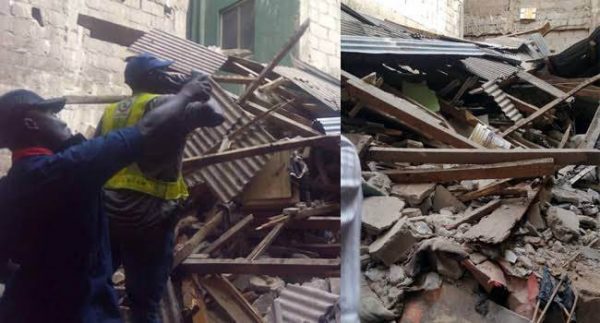 A Muslim cleric in Port Harcourt, Rivers State, Ustaz Yahaya Imam Abdullahi has said that it was not only a Mosque that was demolished in Portharcourt but also churches, houses and other structures.
Speaking on the controversy over the demolition of a Mosque by the government of Nyeson Wike, the Cleric said: “there was an area called Rainbow Community along Trans Amadi area. Five to seven years or so ago the government of Rivers state gave a notice that they needed the land. The issue went to court, there was a legal tussle and the state government won.
“The state government demolished everything there; churches, mosque, houses and shops.
“After some years again, the Muslim community resident in the area got another land from a local chief for over N11.5 million. They built a mosque there – that was after the demolition of the first mosque, which affected all the residents, not only the Muslim community.
“Sometimes again, another demolition took place and they lost this mosque- that was about five years ago. They didn’t leave the place, but are praying there every day and every week. It was when the state government went to clear there again that started this.”
The Imam assured that Muslims in the State are living in peace and going about their normal businesses without fear of molestation in the state.
Imam Abdulahi, who is the leader of Bori Central Mosque in Khana Local Government Area of the state, recalled that Governor Wike addressed his supporters on aborted federal government Ruga project where he declared that Rivers is a Christian state. “That is what people are relating to and saying Muslims are under attack or threat. I see the video in circulation which is not connected with the latest matter.
“I am calling the Executive Governor of Rivers state that he should continue to be the leader he his who does things accordingly. If there is a land bought for mosque and the government has interest in it they should replace it with another one.”

I Came Out To Protect Our Daughter, I Will Do It For Every Rivers Citizen – Gov Wike