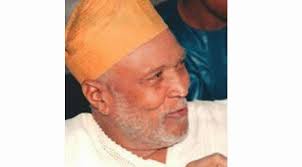 President Goodluck Jonathan, President-elect, General Muhammadu Buhari and former Vice President Atiku Abubakar have expressed sadness over the death of the former Nigeria Inspector General of Police, Alhaji Muhammadu Dikko Yusuf.
In his condolence message signed by special adviser on media and publicity, Dr. Reuben Abati, President Jonathan described MD Yusuf as a eminent Nigerian who served his country dutifully throughout his successful career in the Nigerian Police, and later on, as a political leader and elder statesman.
The President believed that MD Yusuf, as he was fondly called by his friends and associates, will long be remembered for his outstanding political courage and exemplary determination during Nigeria’s transition to democracy after years of military rule.
He recalls that as leader of the Grassroots Democratic Movement at that time, the late MD Yusuf embodied some of the best values of bravery and patriotism.
Jonathan condoled with the government and people of Katsina State as well as with Alhaji Yusuf’s family and the Arewa Consultative Forum (ACF) in which the deceased as a respected leader.

In his condolence, General Buhari described the death of MD Yusuf as a great loss to Nigeria’s democratic struggle, adding that Yusuf died at a point his valuable advice was still badly needed by Nigerian leaders.
General Buhari recalled the role of MD Yusuf in Nigeria’s democratic struggle during the military politics of self-succession, which brought to the fore his courage to speak even if he was standing alone.
According to Buhari, despite the constriction of the democratic space, the late M D Yusuf was the only politician who established his own political party to challenge a military self-succession agenda.
General Buhari recalled that only an indomitable democrat like the late M D Yusuf could have taken that personal risk.
He prayed to Allah to forgive Yusuf’s shortcomings and reward his good deeds with Aljannah (Paradise).
Also former Vice President Atiku Abubakar extolled the extraordinary courage of the late MD Yusuf, adding that he was one of the most courageous Nigerian politicians he had ever encountered.
According to Atiku, many politicians retreated to a safe distance when MD Yusuf established his own political party to challenge the military approved political parties to effectuate the self-succession agenda of 1998.
The former Vice President, who was part of that democratic struggle, said the late Yusuf’s sacrifices for democracy would not be forgotten in a hurry.
He noted that he was impressed by the late Yusuf’s courage of conviction, challenging a self-succession agenda when the democratic space was shut against contrary voices.
According to the former Vice President, the history of Nigeria’s democratic struggle would be incomplete without a prominent mention of the contributions of the late Mohammed Yusuf.
He prayed to Allah to forgive the soul of the deceased and reward his good deeds with paradise.