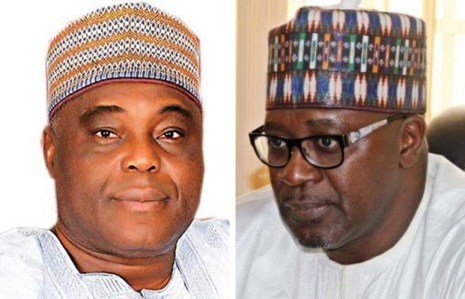 A statement by the Newspaper Proprietors’ Association of Nigeria (NPAN) said that the truce was secured yesterday, June 9 by a committee that was set up to look into the face-off between NBC and Daar Communications’ AIT and Ray Power FM. The NBC will lift its ban on the stations, while Daar will withdraw its lawsuit.

At the meeting, the Director General of the NBC, Ishaq Kawu was said to have made it clear that the Nigerian Constitution enumerated the role of the media as the institution responsible for holding power to account, and blamed the AIT for failing to adhere to its broadcasting code despite repeated cautions. He accused AIT of failing to pay its national network license dues.

Daar Communications defended its position saying it gives its team freedom to make editorial commentary on issues of the day relying on Section 39 of the Nigerian Constitution guaranteeing freedom of expression, freedom to hold opinions and to receive and impart ideas without interference, NPAN said.

The broadcaster, however, admitted it was behind on some fees, but blamed it on an agreement uniformly reached by BON-member stations.

Kawu insisted that the dues were non-negotiable because they were statutory for all stations, and a plan for payment was worked out.

Following the dialogue, all parties resolved as follows:

1. DAAR Communications Plc. will work out a new realistic payment plan with the National Broadcasting Commission (NBC) and ensure prompt payments in accordance with the new plan;

2. DAAR Communications Plc. will appoint an Ombudsman to ensure balance in its news coverage especially political commentary; it will also take full editorial responsibility for the use of content sourced from social media outlets;

3. Following this NPO statement, The NBC will immediately lift the suspension of the broadcast license of DAAR Communications Plc;

4. DAAR Communications Plc. will withdraw its case in court, against the National Broadcasting Commission (NBC) and;

5. All parties will take necessary steps to work together to build confidence in the public interest

The AIT and Ray Power FM were forced off air on June 6 by the NBC, accusing them of breaching its controversial broadcasting code by airing “unprofessional” contents to foment national division and incite the public.

On its part, Daar Communications accused NBC of “witch-hunt” because of its perceived tilt towards the opposition.

Following a lawsuit by Daar Communications, a federal court in Abuja invalidated the suspension of AIT’s licence, saying it was premature because of an ongoing litigation between the parties.