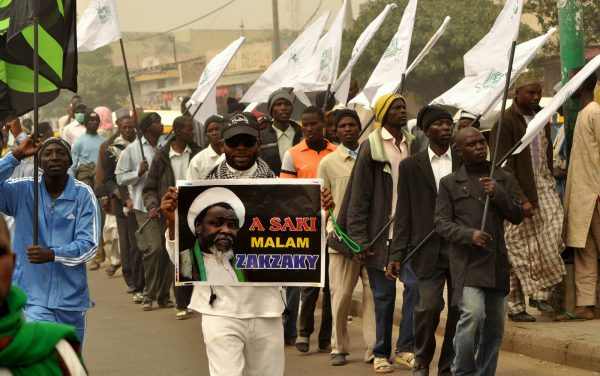 A Kaduna State High Court has discharged and acquitted 91 members of the Islamic Movement in Nigeria (IMN), otherwise known as Shiites.
The presiding judge, Justice Hajaratu Gwada, acquitted the defendants of the charges filed against them by the state government in her judgement delivered today, February 21.
The freed Shiite group were arrested during a clash with soldiers in Zaria in December 2015. They were arraigned on five counts of criminal conspiracy, unlawful assembly, culpable homicide, disturbance of public peace, and causing grievous hurt.
During their trial, the defence counsel had filed a no-case submission before the court on the grounds that his clients were innocent.
He stressed that the state government had failed to prove its allegations against them beyond a reasonable doubt.
Giving her judgement, Justice Gwada struck out all the charges filed against the IMN members and acquitted them.
She held that the decision was as a result of the prosecutor to prove the allegations levelled against the defendants beyond a reasonable doubt.
In its reaction, the state government rejected the judgement which it described as ‘erroneous‘.
The State Director of Public Prosecution, Daris Bayero, told Channels Television that the state would appeal the judgement at a higher court until justice was served on the defendants.
On his part, the counsel to the IMN, Maxwell Kyon, commended the judgment, describing the ruling as the “prevailing of truth over injustice” and criticised the state government for detaining the IMN members for over four years without any cogent reason.
He decried that some of the defendants lost their children and wives, while others missed their admission into tertiary institutions while in prison.

My Govt Is At War With Bandits, Any Of Them Arrested Will Be Killed – Gov El-Rufai