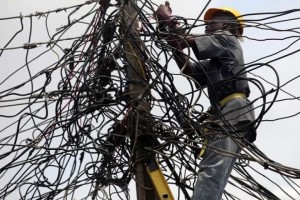 Kaduna Electricity Company has sacked twenty-four members of its staff for alleged fraud related cases, ranging from forgery to outright stealing of the company’s money.

A statement by the Head, Corporate Communications, Abdulazeez Abdullahi, quoted the Head of Human Resources, Hajiya Khadija Kabir as saying that the staff were laid off following reports of an investigation committee that found them culpable of fraudulent offences, and confirmed by a disciplinary committee.

“The staff members were relieved of their duties after they were found guilty for various offences which range from stealing company funds, meter theft, illegal meter installation and signature forgery.”

Hajiya Khadija said that the process to establishing their guilt was a thorough one, adding that there are checks in the system that notified the supervisors who directly work with those indicted.

She said that the process is ongoing to checkmate the incidence of fraud and other negative behaviours, and that there are still cases of different offences currently under investigation.

She called on the staff to desist from all forms of fraudulent activities and to see themselves as stakeholders who are expected to maintain a high level of integrity, which according to her will be beneficial to all on the long run.

“The decision and process leading to the laying off of the culprits is clearly in line with the company’s policy and best practices which gave each accused the right to fair hearing irrespective of tribe, ethnicity or religion.” [myad]