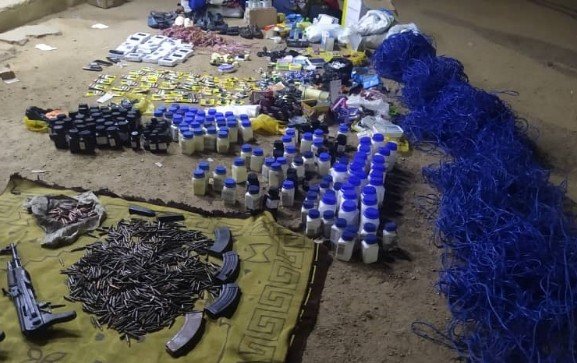 The Kano Police Command has cracked down on a car loaded with bomb-making devices and sophisticated weapons in the state.

It was gathered that with security challenges in some states in the North-west, civilians in Kano have been cooperating with security operatives by reporting suspicious movement.

The latest discovery and similar ones were obtained by security services through the information provided by the public.

Police Spokesperson, DSP Abdullahi Haruna Kiyawa confirmed the incident but explained that the Police were investigating the matter.

In an official statement as follows, the police spokesman gave the details as follows:

“At about 1630hrs of the same date, following a hot chase, the suspects abandoned the Motor Vehicle at Bubbugaje Quarters Kumbotso LGA Kano State. A technical search conducted by the team revealed that the motor vehicle was fully loaded with Improvised Explosive Device materials.