Home FEATURES Kidnapped Kogi High Court Judge Freed, But Yet To Be Released To... 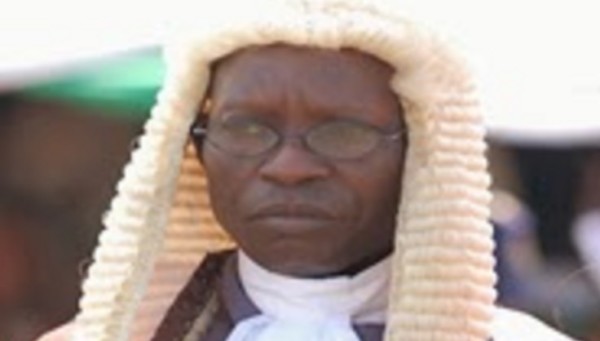 The Kogi High Court Judge, Justice Samuel Obayomi, who was abducted on May 25, has been released by the kidnappers, after spending 34 days in their custody, but as at today, he is yet to be released to his family as the police have taken him to a safe place.

Obayomi, who is a resident High Court Judge of Ebogogo in Adavi Local Government Area of Kogi State, was abducted at about 8:45am on his way to the office by the gang, who were reportedly all dressed in black.

During the kidnap operation, the judge’s  police orderly, Usman Musa, was shot dead on the spot while the kidnappers drove the judge away in his Toyota Yaris car. The gang later demanded N150m ransom for the judge’s release.

In protest against the continued captivity of the judge, lawyers in the state withdrew from court sessions. This was even as the state Governor, Captain Idris Wada, promised a bounty of N5m to anybody with useful information leading to the rescue of the judge.

Chief Judge of the state, Justice Nasir Ajanah also confirmed the release of the judge and expressed gratitude to God.

“We thank God for his release but I cannot give you more information than you already have,” he said.

It would also be recalled that before his abduction, the Judge had just been discharged from the hospital, after three months on admission, following his involvement in a fatal automobile accident. [myad]